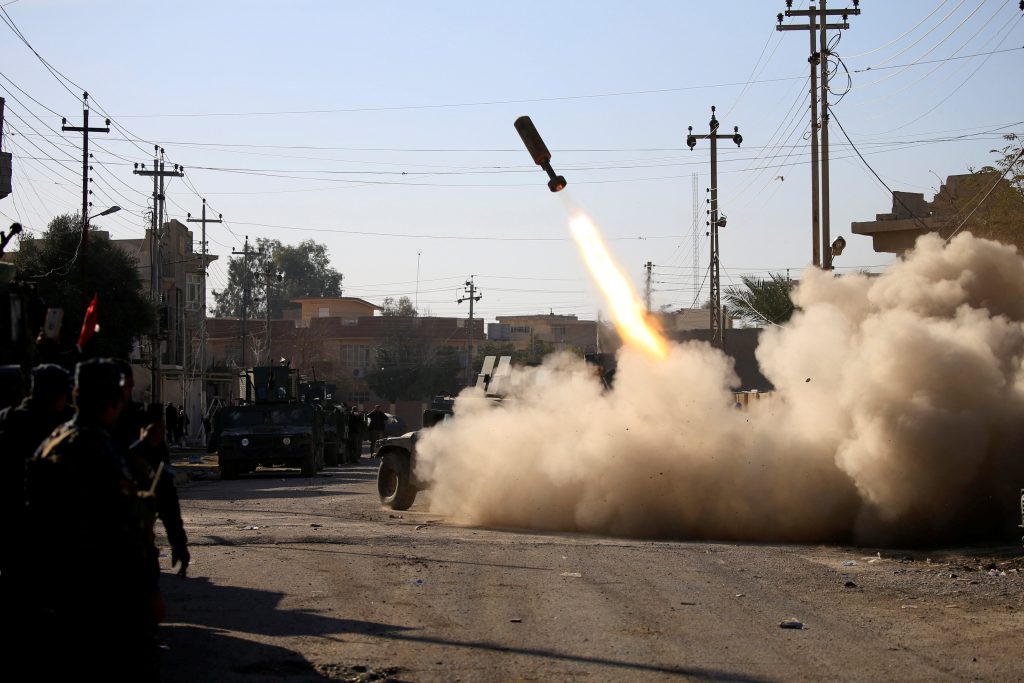 Iraqi forces drove back Islamic State terrorists in southeastern Mosul on Thursday, making gains in an area where advances have been particularly tough, the military said in a statement.

Rapid response units from Iraq’s federal police advanced in the Sumer district, which lies on the eastern bank of the Tigris river, and also in neighboring Sahiroun, the statement reported by state media said.

Forces have pressed forward much more slowly in that area than units in the east and northeast, which have taken control of a number of neighborhoods in the past week.

The U.S.-backed campaign to recapture Mosul, Islamic State’s last major stronghold in Iraq, has pushed ahead with renewed vigor since the turn of the year, after troops got bogged down inside the city in November and December.

The ultra-hardline group’s loss of Mosul would probably spell the end for the Iraqi side of its self-styled caliphate, which it declared after sweeping through parts of Iraq and Syria in 2014.