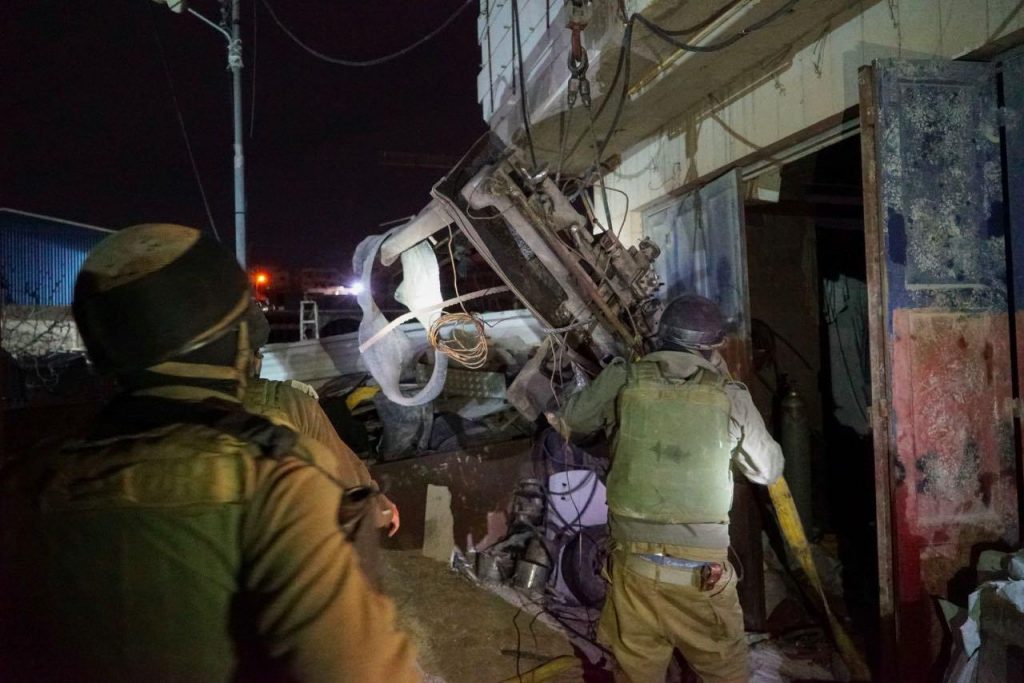 The IDF announced on Thursday that overnight Wednesday it had raided and shut down a large arms workshop in Chevron — the largest found to date, the army said, even larger than another one found in December in the city.

The workshop, which had two large, separate work spaces, included several large metal cutting machines, along with dozens of weapons in various stages of manufacture. Many of the shooting attacks that have taken place over the past year were carried out with weapons manufactured in workshops such as the one uncovered in Chevron — and many of them were probably made in that workshop.

Among the weapons seized in whole or in parts were shotguns, rifles, handguns and parts for M-16 machine guns. Also seized were weapons used by sharpshooters, with a range of 600 meters. Large amounts of ammunition were also seized.

Overnight Wednesday, security officials said that they arrested eight wanted security suspects in other areas in Yehudah and Shomron. The suspects were wanted for participating in rioting and throwing stones and firebombs that endangered Israeli civilians and IDF soldiers. Several of the suspects were also charged with belonging to Hamas. All were being questioned on their activities by security forces.