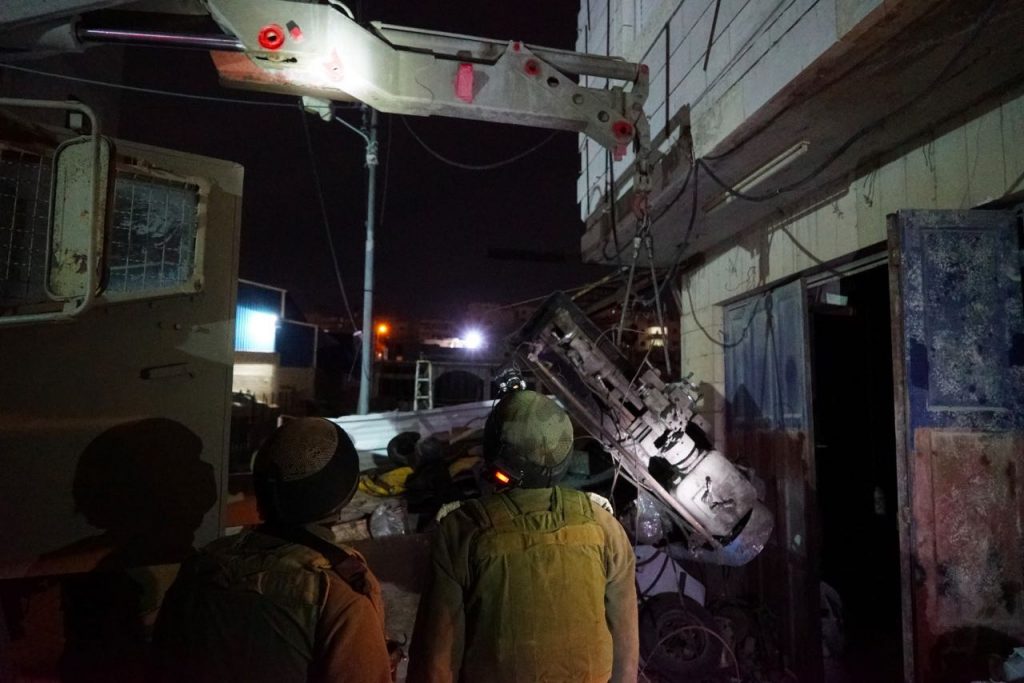 On Wednesday night, security forces carried out a large-scale operation in Chevron, a joint action of the IDF, Shin Bet and Yehuda and Shomron district police.

The operation was part of the ongoing battle against homemade weapons manufacturers in Yehuda and Shomron.

During the course of the operation, forces confiscated two machines for manufacturing weapons and shut down the largest weapons factory ever uncovered the region.