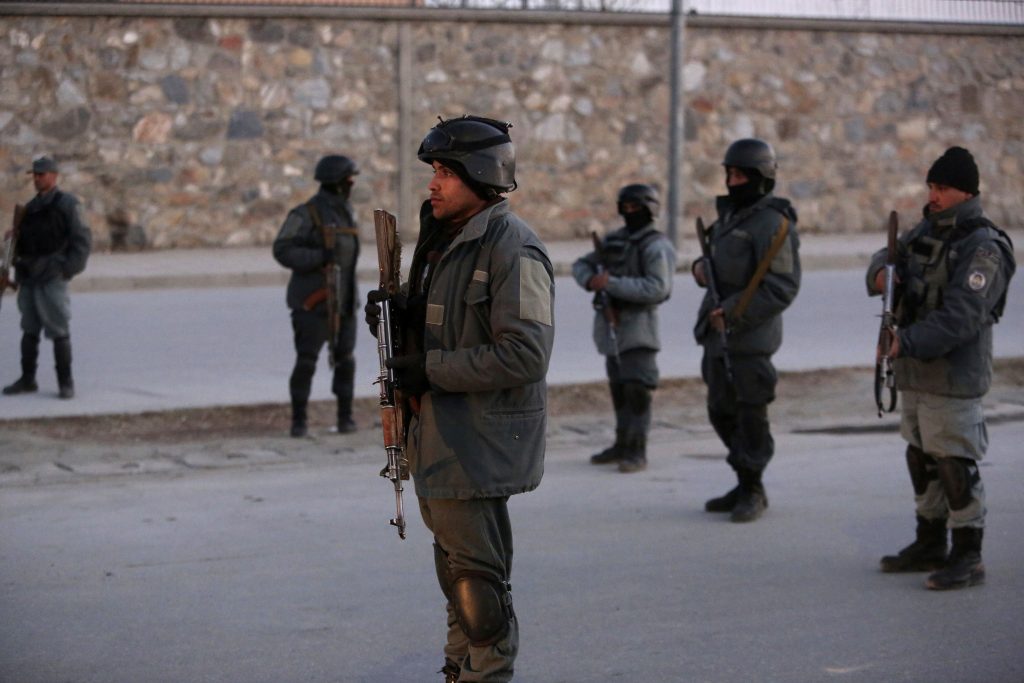 The United Arab Emirates announced on Wednesday that five of its diplomats were killed in a bombing in southern Afghanistan the day before, one of the worst attacks to target the young nation’s diplomatic corps.

The federation of seven sheikhdoms, founded in 1971 on the Arabian Peninsula, said it would immediately fly the nation’s flag at half-staff for three days in honor of the dead from the attack on Tuesday in Kandahar.

Meanwhile, the Taliban denied planting the bomb in the Kandahar attack, which also wounded the UAE ambassador to Afghanistan.

Dubai’s ruler Sheikh Mohammed bin Rashid Al Maktoum, the UAE’s prime minister and vice president, said that “there is no human, moral or religious justification for the bombing and killing of people trying to help” others.

The Kandahar attack targeted a guesthouse of provincial Gov. Homayun Azizia, who was also wounded in the assault, along with UAE Ambassador Juma Mohammed Abdullah al-Kaabi.

The Taliban claimed attacks earlier on Tuesday in Kabul that killed at least 38 people and wounded dozens. But on Wednesday, they issued a short statement blaming an “internal local rivalry” for the attack.

The Taliban have denied some attacks in the past that diplomats and security forces later attributed to the group. The attack inside the heavily guarded compound represents a major breach of security, even in Afghanistan, a country long torn by war.

An earlier UAE Foreign Ministry statement said the diplomats were in Kandahar as part of a humanitarian mission.

Emirati combat troops had been sent to Afghanistan after the 2001 U.S.-led invasion that toppled the Taliban. The UAE had troops for years as part of the NATO-led mission, and the Gulf federation also trained members of the Afghan armed forces. Multiple daily commercial flights link the countries, with Dubai serving as an important commercial hub for Afghan businessmen.

Although the UAE is only 45 years old, Emirati diplomats have come under attack in the past, felled by assassins’ bullets.

In 1984, the UAE’s ambassador to France was assassinated when a terrorist shot him in the head outside his Paris home. A diplomatic club was named in honor of the slain envoy, Khalifa al-Mubarak, in the Emirati capital Abu Dhabi in 2015.

Another Emirati diplomat was wounded in a shooting in Rome in 1984. Reports at the time linked those two attacks to the Arab Revolutionary Brigades, a Palestinian terror group.