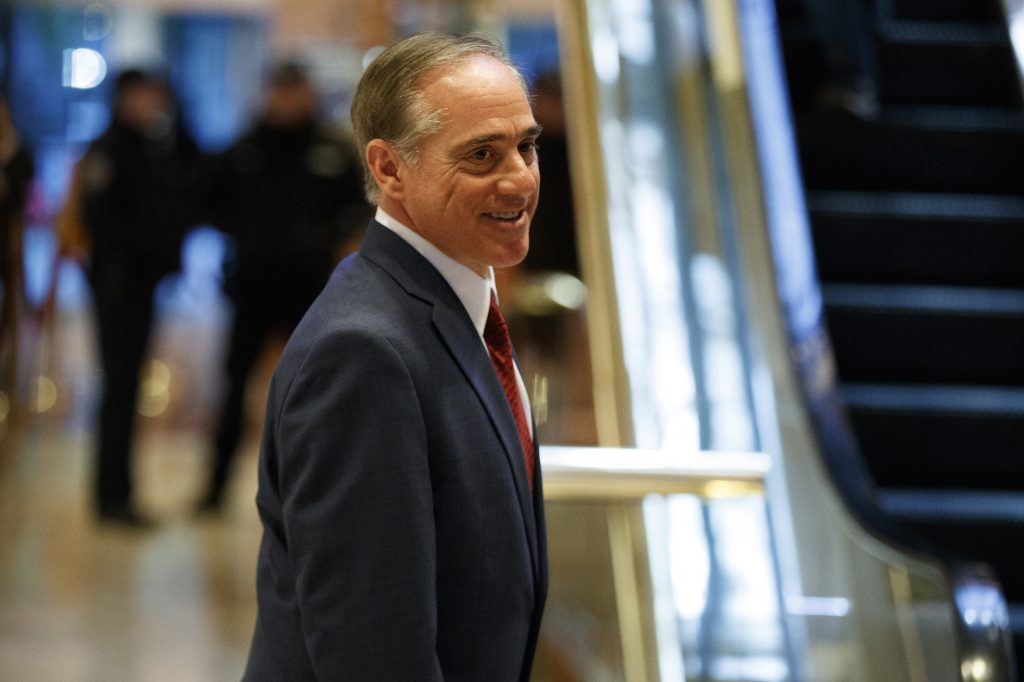 Trump says his choice is David Shulkin, who is currently the department’s undersecretary for health.

Trump made the announcement at a news conference in New York. He says Shulkin is “fantastic” and will do a “truly great job.”

The president-elect focused on veterans’ issues during the presidential campaign. He says veterans have been mistreated under the Obama administration and promises to straighten things out.

The VA secretary post was one of two Cabinet posts Trump still has to fill. Agriculture secretary is the other one.