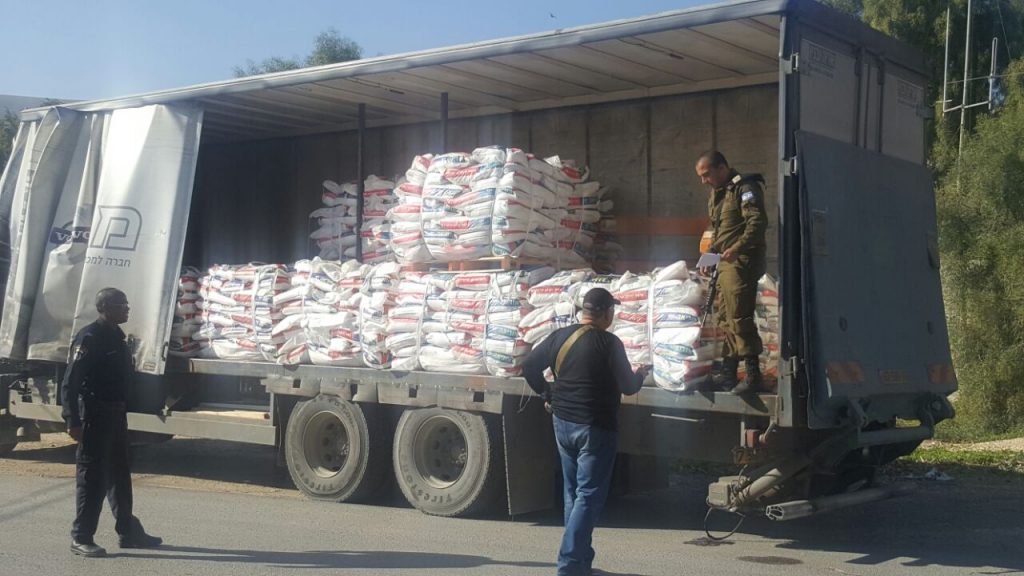 Police seized an Israeli truck at the Jordan Valley crossing in the early morning hours on Wednesday en route to Shechem carrying 14 tons of materials that could be used for manufacturing explosives.

The cargo was labeled “Urea,” a dual-use substance — in chemical fertilizer, or in the making of urea nitrate, a high explosive. The substance currently falls under a ban against its entry into Yehudha and Shomron issued by the IDF to prevent it from reaching terrorist groups.

A unit of the Environmental Quality and the Civil Administration arrived to inspect the cargo, and ordered both truck and cargo impounded.

The driver of the truck, a resident of Baqa al-Gharbiye, in the Haifa district, was questioned by the authorities and remains in custody.

According to the bill of lading, the truck was supposed to be delivering the materials to Niran, a kibbutz in the Jordan Valley. But it was caught traveling in the direction of Shechem.