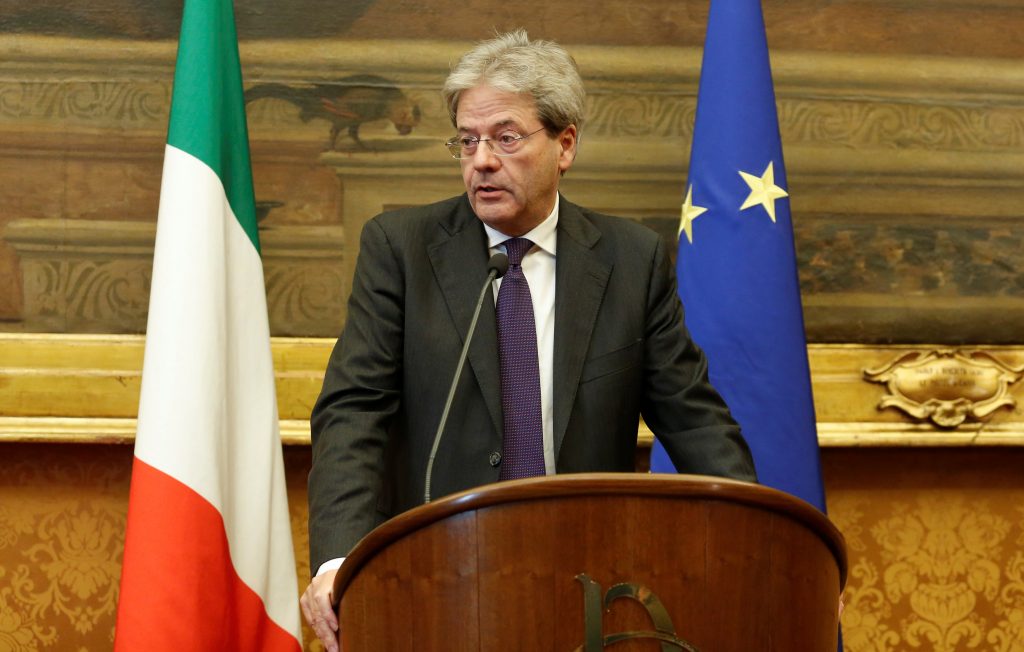 Italian Prime Minister Paolo Gentiloni is in good condition and communicating with his office by phone after undergoing a heart procedure at a Rome hospital, government officials said on Wednesday.

The 62-year-old Gentiloni, who took office last month, had an emergency angioplasty to unblock an obstructed blood vessel near his heart late on Tuesday.

Spokespersons for the prime minister said he was doing well but that his trip to London on Thursday to meet British Prime Minister Theresa May had been cancelled.

A government source said: “He is awake and lucid and can communicate by phone.”

Gentiloni, of the center-left Democratic Party (PD), formed a government after Prime Minister Matteo Renzi stepped down in the wake of a referendum loss over his flagship constitutional reform.

He felt unwell after returning from a meeting with French President Francois Hollande in Paris and was examined by a doctor at his office, who sent him to the Gemelli hospital, a government source said.

“He left for the hospital on his own two feet,” the source said, who added that Gentiloni did not suffer a heart attack.

Doctor Pietro Santarelli, a retired cardiologist who worked for years at the Gemelli, said that from the information available he believed Gentiloni could be out of the hospital in a few days. Angioplasty has become a routine procedure, he said.

“If the time from the onset of the symptoms and the time that he went into the operating room was too long then perhaps some heart muscle could have been damaged,” he said.

Angioplasty is a procedure to widen a narrow or obstructed artery or vein by insertion of a tiny stent, or tube, or with a balloon.

Santarelli said the fact that Gentiloni was able to walk to the car that took him to the hospital was a good sign and that the prime minister had likely suffered an “unstable angina,” possibly caused by a clot.

Doctors would now conduct enzyme tests and ecocardiograms to determine if any permanent damage had been done to heart muscles, he said.

Gentiloni, who was foreign minister until last month, took power during a banking crisis that has already required him to step in to rescue Italy’s third-largest bank, Monte dei Paschi di Siena, and pledge as much as 20 billion euros ($21 billion) to prop up other lenders.

But how long his government may last is unclear. A national election is not due until 2018, but Italy’s three biggest parties are calling for a snap vote this year. Whether it is called will depend mainly on whether parliament can adopt a new electoral law over the next few months.