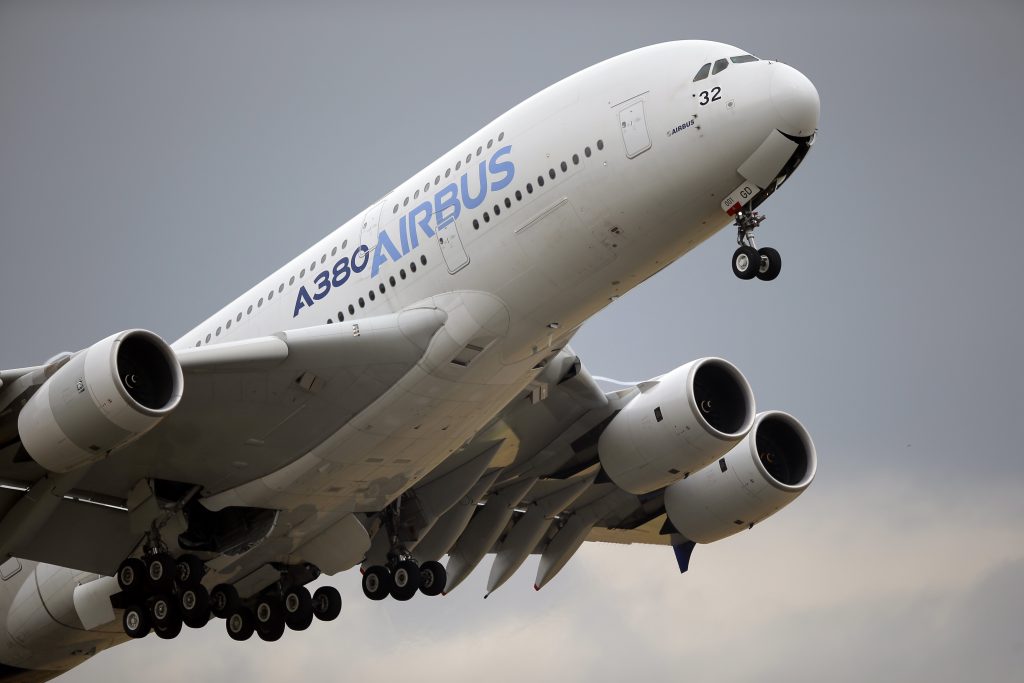 Airbus delivered a record number of planes last year despite engine and cabin production problems, even as new orders slumped for both the European manufacturer and its U.S. rival Boeing.

An unlikely customer provided a big boost to the industry in 2016: Iran, scheduled to receive its first Airbus plane in years Wednesday as part of a multibillion-dollar deal made possible by a hard-fought nuclear agreement.

Airbus executives defended the superjumbo A380, which has not won as many orders as many had hoped, and played down concerns that the industry is facing a downturn after a long-running buying spree by Mideast and Asian carriers. However, they refused to issue forecasts for this year amid signs that China’s slowdown and volatile fuel prices threaten to weigh on aircraft orders.

Airbus announced Wednesday that it delivered 688 planes over the year, primarily in the single-aisle A320 family, compared with 635 in 2015 and above the company’s own expectations. Airbus increased deliveries of its long-delayed A350 wide-body to 49 overall.

The A320 range – notably the fuel-efficient A321neo – dominated Airbus sales last year, when it won 731 net orders overall, compared with 1,036 the year before.

“I’m confident that we’ll have a new record in deliveries” in 2017, Airbus commercial planes sales chief John Leahy said Wednesday in Toulouse. However, he added, “That doesn’t mean that orders are going to be strong.”

Fabrice Bregier, president of Airbus commercial planes, said that the first half of 2016 was “unusually difficult from a production perspective”, but the company managed to speed up output by the end of the year after suppliers fixed problems with engines and cabin equipment.

He said Airbus is now focusing on ramping up deliveries and reducing its big backlog – 6,874 planes ordered but not yet delivered.

Racing with Boeing for business in post-sanctions Iran, Airbus is making the symbolic move of delivering an A321 jet to Iran Air on Wednesday, the first of 100 planes planned in an Airbus deal worth more than $18 billion dollars at list prices.

Iran’s flag carrier signed a similar deal with Boeing, for 80 jetliners that won’t start arriving until 2018.

Bregier said Airbus would continue work on the Iran planes despite concerns that President-elect Donald Trump could threaten the international nuclear agreement that paved the way for the aircraft contracts.

Airbus also shrugged off concerns of protectionist measures threatened by Trump, noting that it’s manufacturing in the U.S. now too – and delivered its first U.S.-assembled plane last year, an A321 made in Mobile, Alabama.

Mark Bobbi of IHS Markit said Airbus is likely to enjoy sustained demand for single-aisle planes this year and remain dominant over Boeing in that market, while the U.S. manufacturer will keep the lead in wide-bodies.

However, he warned, demand for wide-bodies is “coming to a slump.” That’s especially bad news for the A380 superjumbo program, which he said is on “life support.”

While Airbus insists that the world will need bigger planes like the A380 as population and travel grow, many airlines are turning away from major hubs and using smaller, cheaper planes instead. Airbus has scaled back production of the plane to one per month as orders have lagged.

Overall, Bobbi forecast slower order rates in Asia and the Mideast after a period of “over-ordering.”

A big question mark hanging over the industry is the rising oil price, which is putting pressure on airlines to cut costs – or to invest in newer, more fuel-efficient planes.