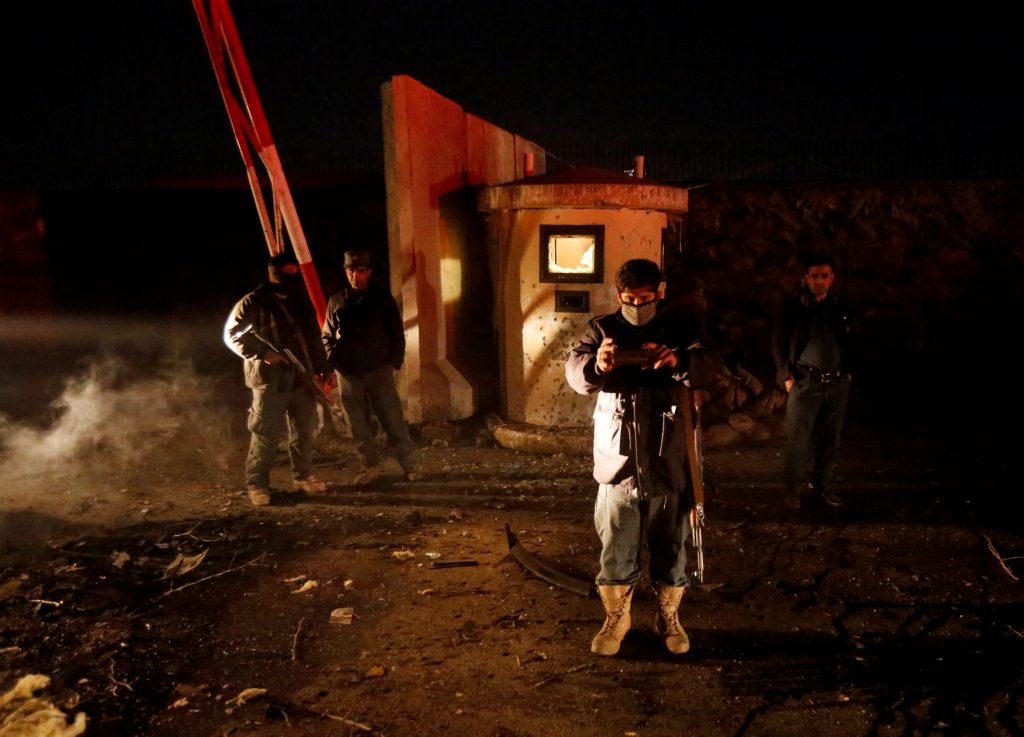 Up to 50 people were killed and about 90 injured in three attacks across Afghanistan on a bloody Tuesday.

The Taliban claimed suicide bombings in central Kabul and in southern Helmand province, and the United Arab Emirates’ ambassador to Afghanistan was injured in a separate blast at a governor’s house in Kandahar province.

Two Taliban bombings targeted the Afghan parliament in the capital, killing at least 26 people and wounding another 43, officials said.

“The first suicide bomber, a walk-in, blew himself up at the gate of the parliament building,” said Sediq Sediqi, an Interior Ministry spokesman.

A bus carrying parliamentary staff was struck by the first bomber, killing and wounding many of the parliament’s civilian staff as they were leaving for home.

He said a car bomb subsequently went off after security forces gathered in the area to tend to the victims of the first blast.

Wahidullah Majroh, a spokesman for the Afghan Ministry of Health, gave a higher toll, saying that 30 people were killed and 78 others were wounded.

Another suicide bombing in southern Helmand province earlier in the day killed seven people and wounded six others where a ceremony was being held.

Lashkargah, the capital of the most embattled province in southern Afghanistan, has repeatedly been the target of Taliban operations. Save for the city, all districts in Helmand are heavily contested or fully controlled by Taliban terrorists.

Hours after the Kabul bombing, 11 people were killed and eight others, including the governor of southern Kandahar and the UAE’s ambassador to Afghanistan, were wounded when an explosion went off inside the governor’s home.

The UAE’s official WAM news agency confirmed the incident, quoting the Foreign Ministry as saying that the ambassador and “a number of Emirati diplomats who were accompanying him” were injured in a “heinous terrorist attack.”

No group has so far claimed responsibility for the attack.