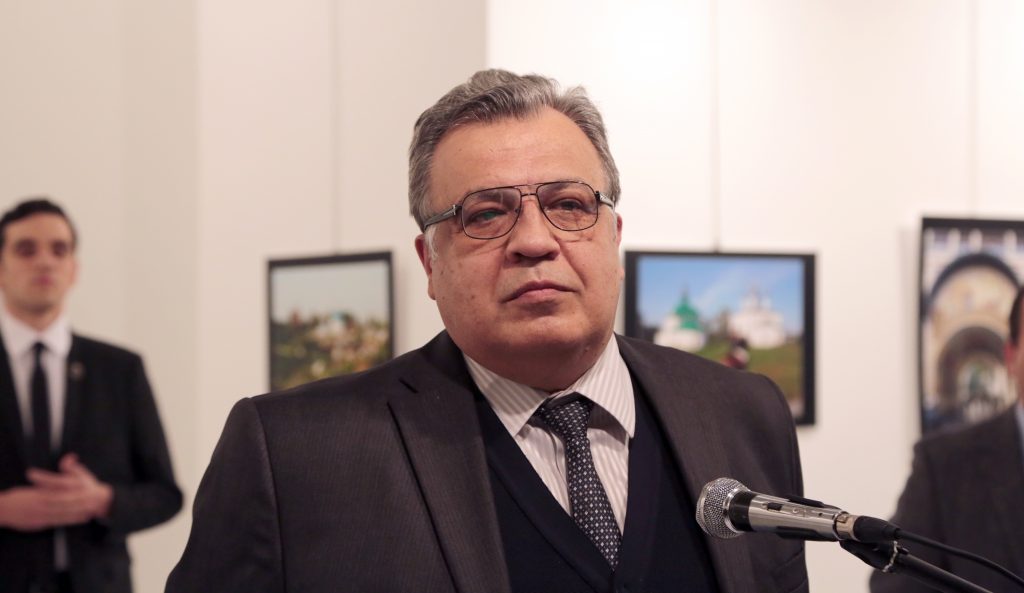 Turkey has renamed the street that serves the Russian Embassy after the ambassador who was killed in an attack in the Turkish capital.

Ankara Mayor Melih Gokcek on Tuesday presented to the widow of Andrei Karlov a framed copy of his municipality’s decision to rename the street. Municipality workers then replaced the street sign with one inscribed with Karlov’s name.

Karlov was shot dead Dec. 19 while speaking at the opening of a photo exhibition. The killer, an off-duty policeman, was also shot dead in a police operation. Turkish and Russian leaders have said the attack was aimed at derailing newly restored ties between their two countries.

Turkey says the policeman had links to a movement led by a U.S.-based Muslim cleric who opposes President Recep Tayyip Erdogan.