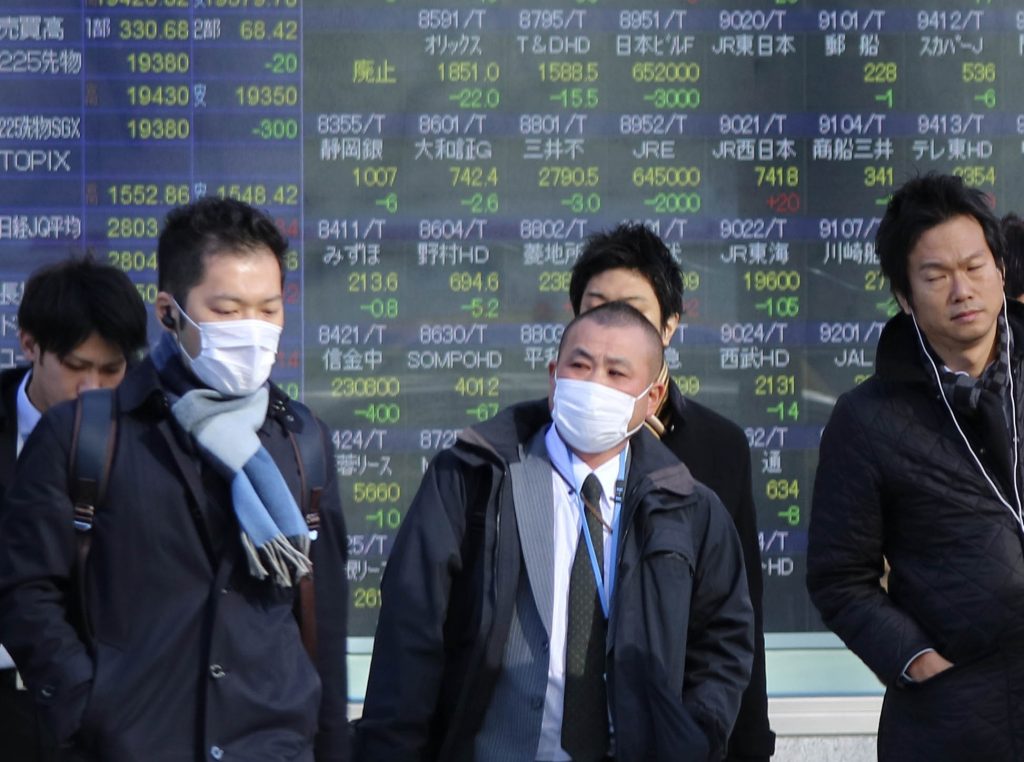 Risky assets hit the skids on Tuesday, with stocks and sterling tumbling due to political uncertainty over Britain’s future ties with the European Union and the policies of the incoming U.S. president, Donald Trump.

European stock markets opened broadly lower, with the exception of Britain’s blue-chip FTSE stock index, which hit a fresh record high on the back of sterling’s fall to multi-week lows — seen as beneficial to exporters.

A revival in worries that Britain could be headed for a “hard Brexit,” in which it chooses to take full control of immigration and give up access to the single market, reverberated across financial markets, lifting demand for safe-haven assets such as German government bonds and gold, which rose to its highest level in over a month.

A near 4-percent slide in oil prices on Monday also tempered risk appetite, while caution was also setting in ahead of a news conference on Wednesday by Trump, his first since winning the election.

On Monday, declines in energy and financial stocks weighed on the S&P 500 and helped stall the Dow’s pursuit of the 20,000 milestone ahead of earnings season and expected U.S. policy changes under Trump.

“The market has high expectations for Trump’s economic policy; perhaps they are booking profits just in case he throws in a curve ball at tomorrow’s much anticipated press conference,” said City Index research director Kathleen Brooks.

“The market is increasingly nervous about Donald Trump’s press conference on Wednesday. For FX markets, what will be particularly important will be what his plans are for the trade policy, for the relationship with China,” said Commerzbank currency strategist Esther Reichelt, in Frankfurt.

Oil prices were a touch firmer at $55.11, a day after suffering their biggest one-day loss in six weeks.

They fell nearly 4 percent on Monday on fears that record Iraqi crude exports in December, increased supplies from Iran and rising U.S. output would undermine an agreement by exporters to curb production.

In emerging markets, a fall in the Turkish lira grabbed the spotlight. The lira slumped 1.5 percent to a fresh record low of 3.7780 against the dollar as investors’ fears for political and economic stability grew, while a deputy prime minister repeated a warning that the economy was under attack.