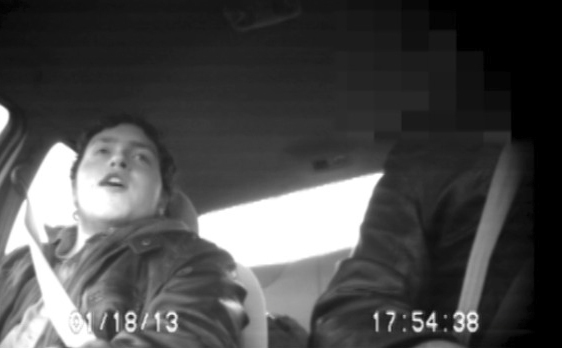 CENTRAL ISLIP, N.Y. (AP) – Justin Kaliebe was sentenced to 13 years in prison Tuesday for trying to join a terrorist group.

Kaliebe was arrested in 2013, when he was a high-school senior, after he went to Kennedy Airport intending to fly to Yemen, where he would join al-Qaida. The Long Island man, now 22, pleaded guilty shortly after his arrest.

Kaliebe’s attorney contended his client was a misguided autistic teenager who didn’t understand what he was doing. He requested Kaliebe be sentenced to time served, plus strict post-release monitoring.

Our original story appears below:

CENTRAL ISLIP, N.Y. (AP) – Was he a dedicated Islamic radical who proudly proclaimed his commitment to jihad, unaware that his words were secretly being recorded by the FBI? Or was he a misguided, mildly autistic teenager who didn’t understand what he was doing?

A federal judge in New York is set to decide Tuesday how much prison time Justin Kaliebe deserves for plotting to join al-Qaida in 2013.

Now 22, Kaliebe was a 16-year-old high school student who had recently converted to Islam from Roman Catholicism when he landed on the radar of undercover agents on the hunt for would-be radicals on suburban Long Island.

FBI agents and New York City police officers watched him for 18 months before arresting him four years ago after he went to Kennedy Airport intending to fly to Yemen, where he would join the terrorist group al-Qaida.

Kaliebe pleaded guilty within a month of his arrest. His sentencing was delayed for four years while the court held hearings into whether he understood the gravity of his crime. Kaliebe’s attorney argued that his client has Asperger’s syndrome, which is on the spectrum of autism, and also had developmental issues and a troubled home life.

They said the undercover agents interacting with Kaliebe made video recordings of him talking admiringly about terrorists Anwar al-Awlaki and Osama bin Laden as leaders who “bore witness to the truth with their blood.”

Just days before his arrest, Kaliebe pledged in one of those secretly recorded conversations that he would rather go to prison than abandon his plan to join Islamic militants.

“One of my highest goals in life is to fight with the mujahedeen. And I define victory as martyrdom … or victory on the ground,” Kaliebe said.

When the agent asked him to reconsider and stay home, Kaliebe refused.

“If the cops were to come right now and would force me out of this car and arrest me, it would still be better for me to go to prison than for me to stay here and live a life, a demeaning life,” he said.

Kaliebe briefly cooperated with prosecutors after his arrest, but then declined to assist in their investigation of another Long Island man, Marcos Alonso Zea, who was ultimately convicted of helping the teen develop his plan to link up with terrorists in Yemen. Zea is now serving 25 years.

Defense attorney Anthony La Pinta said he will ask the judge to sentence Kaliebe to the time he has already served.

In court Kaliebe was described as a loner and a child of divorce who shuttled between his parents’ homes growing up. He converted to Islam around 2010, drawn in by the fellowship he found at a Brentwood, New York, mosque. An imam said he complained about his home life and at one point asked him if he could live at the mosque.

“He was known as the weird kid from the beginning, and children treated him that way,” his sister, Jami Kaliebe, testified last summer at a pre-sentencing hearing. “I never really knew him to have … a true friend.”

In a letter to the judge, prosecutors conceded the Kaliebe had painful childhood experiences, but they said he knew what he was doing when he allied himself with Zea, an extremist. They said the teenager willingly chose a violent path, and knew what he faced if arrested.

“Rare is the case where a defendant is so aware of the unlawfulness of his conduct as to actually quote the federal criminal code that applies to him during the commission of his offense,” prosecutors said.