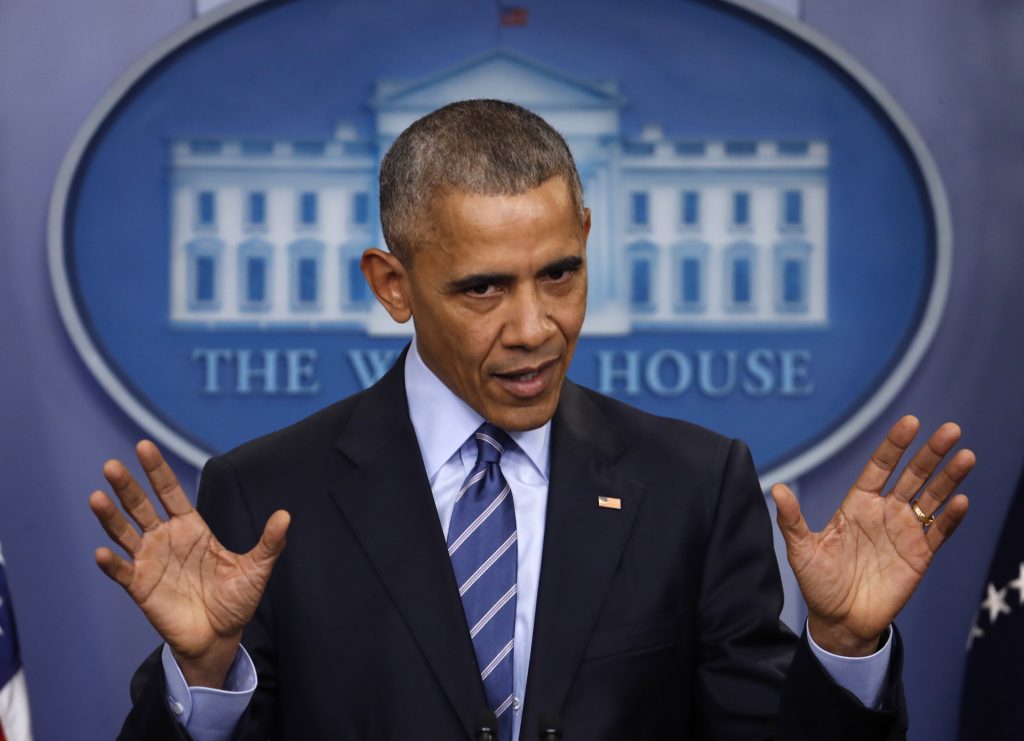 In an interview on the news program Uvda broadcast in Israel on Tuesday night, outgoing President Barack Obama stressed his commitment to Israel’s security, and stridently defended his decision to abstain in the recent U.N. Security resolution condemning Israeli “settlement” activity in Yehudah and Shomron.

Obama also claimed that “the facts on the ground are making it almost impossible — at least very difficult, and if this trend line continues, impossible — to create a contiguous, functioning Palestinian state. And if that’s the case, then what you’re embracing now is a vision of Greater Israel in which an occupation continues indefinitely. And as John Kerry said — and I have not ever gotten a good answer or a good response, either, in that circumstance: ‘Israel can be Jewish or it can be democratic, but it cannot be both.’ The demographics do not allow for it.”

The president, who has less than two weeks left to his term, said that his administration did not agree with “every item in the U.N. resolution — that’s why we abstained as opposed to vote for it, despite the fact that there was unanimity other than us for the statement in the resolution,” and that parts of the resolution were more balanced, thanks to his efforts.

“We insisted that we would veto anything that did not contain a balanced statement around the importance of Palestinian efforts to reduce violence and to stop incitement,” Obama added.

During the long interview, not yet broadcast in its entirety, Obama also asserted that in reality, he was a “good friend” to Prime Minister Binyamin Netanyahu, “just Bibi did not always recognize it.”