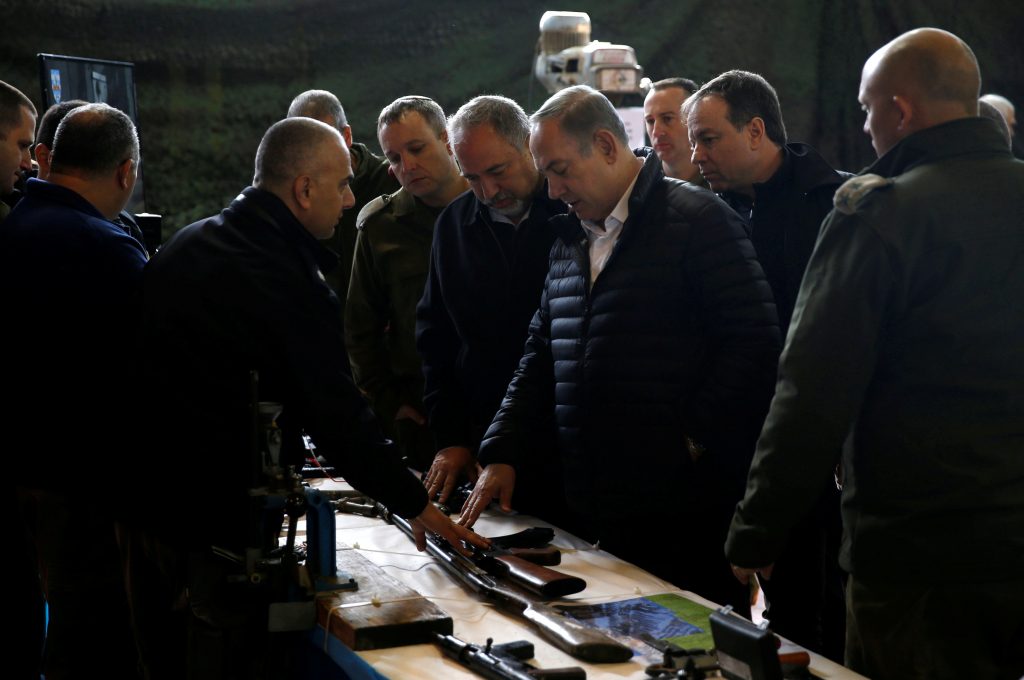 Israeli security forces put over 450 weapons captured during raids in Yehudah and Shomron on display for inspection by Prime Minister Binyamin Netanyahu on Tuesday, The Jerusalem Post reported.

The guns came from 43 workshops that were located and shut down in the Palestinian areas during the past year.

“In 2015, almost no workshops were discovered,” Netanyahu said. “In 2016, 43 of these were found — equipment was impounded, arrests of those responsible were made, the workshops were closed. There are great efforts on our part to prevent the manufacturing and distribution of weaponry.”

During the display, which was held at the IDF’s Yehudah and Shomron headquarters in Beit El, Netanyahu noted that

not only has the Palestinian Authority failed to condemn terror attacks, but inside Fatah there are those who praise them.