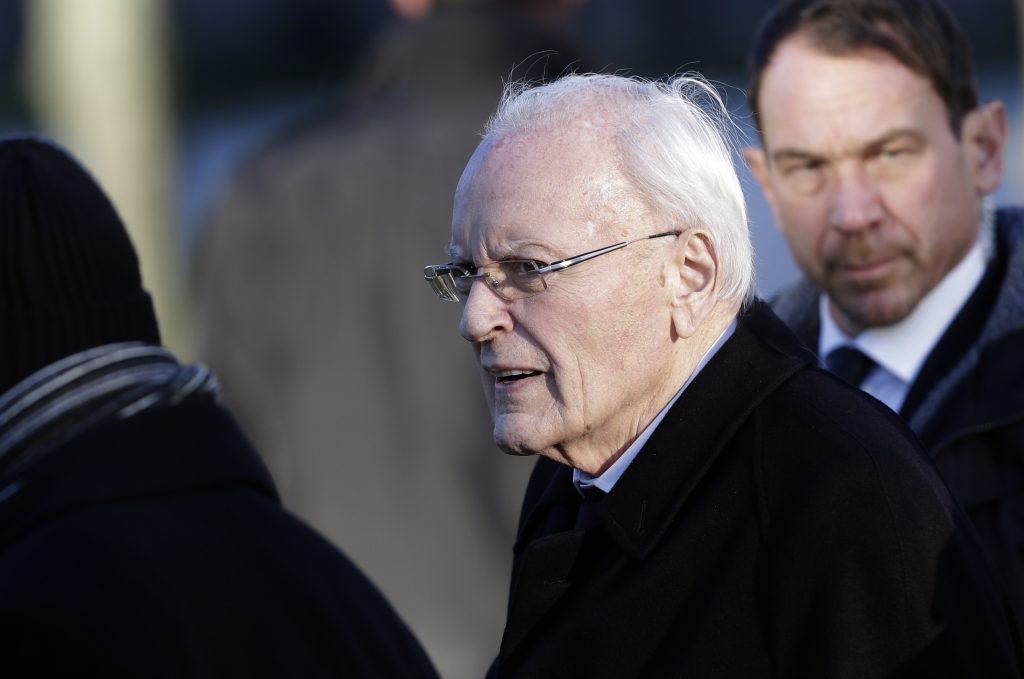 Roman Herzog, who as German president was a powerful advocate of economic reforms in the 1990s after the fall of the Berlin Wall, has died, the president’s office said on Tuesday. He was 82.

Herzog was a member of Chancellor Angela Merkel’s conservative Christian Democratic Union. He served as the chief justice of Germany’s highest court before being elected to a five-year term as president in 1994, four years after reunification.

Germany’s current president, Joachim Gauck, described Herzog as a “distinctive personality, who had helped shape Germany’s self-image and the interactions in our society.”

Herzog last year hit out at the big political parties for not doing more to halt the rise of the anti-immigrant Alternative for Germany (AfD) Party, which looks poised to become the third largest party in the German parliament in national elections this year.

After his term as president, a largely ceremonial post in Germany, Herzog also chaired the first European convention that drafted the European Union’s Charter of Fundamental Rights.

“Today we have lost a great constitutional scholar, politician and statesman,” said German Foreign Minister Frank-Walter Steinmeier in a statement. He described Herzog as “a straightforward, honest and smart person who was not afraid to speak difficult truths, but also never lost his profound sense of humor.”