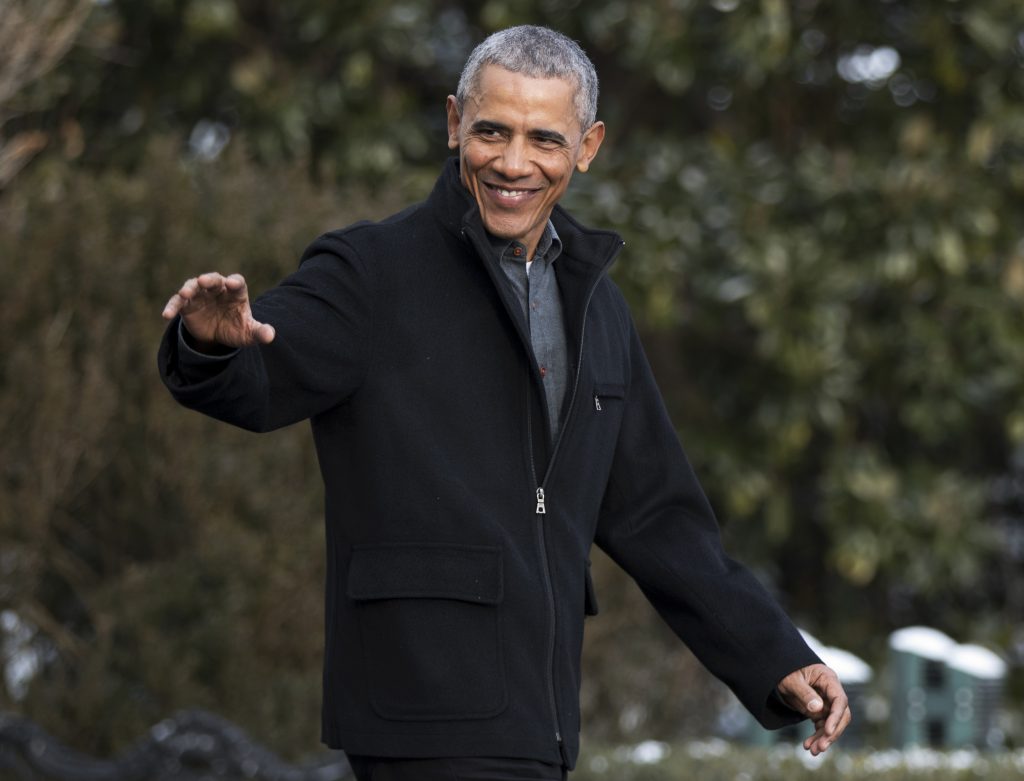 The farewell address President Barack Obama plans to deliver Tuesday will continue a tradition established by the nation’s first president more than two centuries ago.

In a 32-page, handwritten address after eight years in office, George Washington used his parting remarks to urge Americans to see themselves as a cohesive unit and to avoid political parties. He also warned of attachments and entanglements with other nations. Washington’s address was printed in Philadelphia’s American Daily Advertiser on Sept. 19, 1796, nearly six months before he left office.

But it wasn’t until Harry Truman’s  goodbye from the Oval Office late on Jan. 15, 1953, that such an address became standard for presidents. Every president since then, with John F. Kennedy being the notable exception, has given one.

Obama is sticking to tradition, in most ways but one. He plans to leave the Oval Office behind in favor of addressing the public one final time from his adopted hometown of Chicago.

Here are some questions and answers about presidential farewell speeches.

WHY IS OBAMA GIVING THE ADDRESS IN CHICAGO?

In his weekly Saturday address, the president alluded to the special feeling he has for Chicago. It’s where he came of age personally and politically. He started his public service career there, first as a community organizer before launching the political career that would take him from the Illinois State Senate (after he lost a U.S. House race) to the U.S. Senate and ultimately to the White House as the first black man to occupy the Oval Office. Chicago is also where Obama met and married his wife, Michelle, who is Chicago-born and -raised. Their daughters, Malia and Sasha, were born there too.

WHAT WILL OBAMA SAY?

Presidents give farewell addresses primarily to reflect on their achievements during their four or eight years, sometimes even including expressions of regret for promises left unfulfilled, said Marc Selverstone, associate professor at the University of Virginia’s Miller Center, which studies the presidency. The speeches are also used to raise warning flags about specific policies.

Obama’s address is likely to issue some warnings about the politics of his successor, Donald Trump. The Republican president-elect has pledged to overturn much of what Obama put in place, including the Affordable Care Act, executive orders on immigration and other issues, and environmental regulations, among them.

White House Press Secretary Josh Earnest says Obama wants to give a “forward-looking speech” that will examine U.S. progress during his tenure, but that he also wants to spend time talking about the challenges ahead and what he thinks is necessary to confront them. He also wants to thank the American people for putting their trust in him, Earnest says.

ARE THESE SPEECHES EVER MEMORABLE?

Some have been. The phrase “military-industrial complex” came from Dwight D. Eisenhower as he warned against militarism in an Oval Office farewell on Jan. 17, 1961.

Richard Nixon’s farewell address was memorable because it was unprecedented: Nixon announced on Aug. 8, 1974, that he would resign from office at noon the following day. He had become a casualty of the Watergate scandal and is the only president to ever resign the office.

“I have never been a quitter. To leave office before my term is completed is abhorrent to every instinct in my body,” Nixon said as he addressed the nation from the Oval Office. “But as president, I must put the interests of America first. America needs a full-time president and a full-time Congress, particularly at this time with problems we face at home and abroad.”

DID ANY OTHER PRESIDENTS DELIVER A FAREWELL ADDRESS OUTSIDE OF WASHINGTON?

Just one. George H.W. Bush delivered his farewell from the mess hall at the U.S. Military Academy at West Point on Jan. 5, 1993. Bush said in the speech that none of the president’s many roles is more important than the role of commander in chief, which explained his choice of venue.

“For it is as commander in chief that the president confronts and makes decisions that one way or another affect the lives of everyone in this country as well as many others around the world,” Bush said.

A few presidents didn’t get the chance to deliver a farewell. Franklin D. Roosevelt died in office; Abraham Lincoln and John F. Kennedy were assassinated.

WHERE WILL OBAMA SPEAK IN CHICAGO?

The address is scheduled for 9 p.m. EST at McCormick Place, a convention center along Lake Michigan. Obama will be joined by the first lady as well as Vice President Joe Biden and his wife.

The speech is open to the public, but tickets were required. For the chance to see Obama in person, thousands of people stood for hours Saturday in single-digit temperatures in a line that snaked around the convention center, hoping to score a ticket.