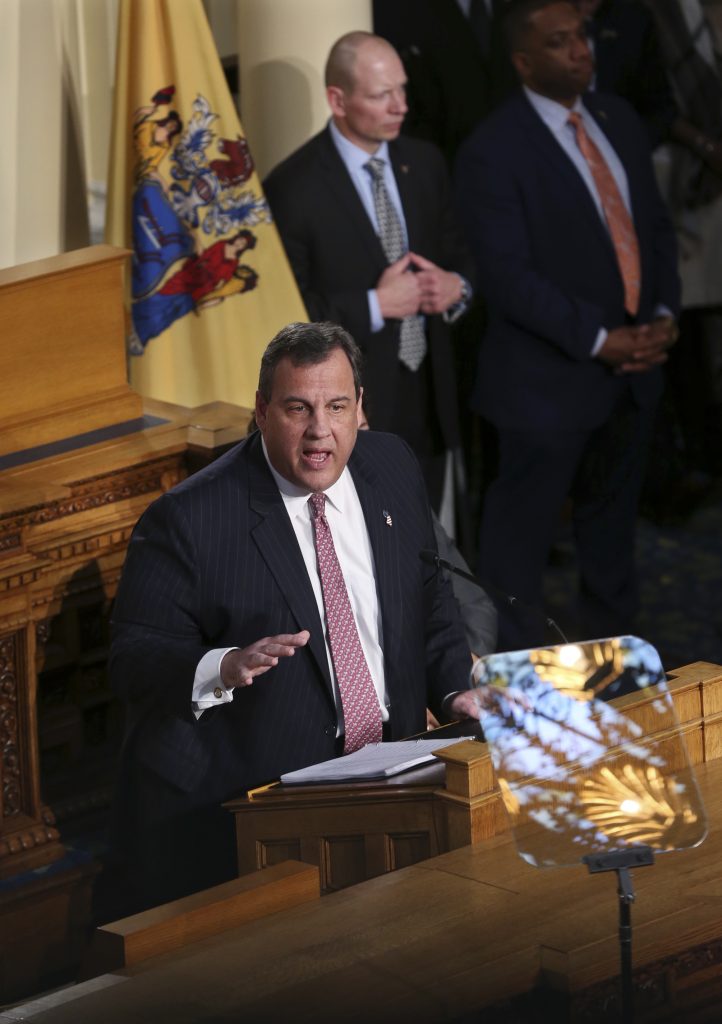 As the last of the top jobs in the Trump administration are handed out in Washington, Gov. Chris Christie is looking increasingly like he will end up unrewarded with a high-level post, despite his early bet on President-elect Donald Trump.

Christie instead faces his eighth and final year as governor of New Jersey, where his approval ratings are a dreadful 19 percent, dragged down by resentment over his national ambitions, his embrace of Trump and the George Washington Bridge traffic-jam scandal.

On Tuesday, Christie delivered his final State of the State Address, during which the 54-year-old Republican laid out his agenda — and no doubt begin trying to salvage his legacy — to an electorate that would rather see him go.

“Gov. Christie has reached the nadir of both his popularity and his power, and, at this point, it appears there are few remaining opportunities to further his political career in any predictable way,” said Montclair State University political science professor Brigid Harrison. “That said, this is a politician who has consistently written his own script.”

Christie has, in fact, begun mending fences with Trump, paying a visit to Trump Tower last week where he met with the president-elect and staffers, and could end up joining the administration later on, according to people familiar with the discussions.

While Christie in his 2015 State of the State focused on national issues with an eye toward the White House, this time he concentrated on problems closer to home, namely the state’s addiction crisis.

“One thing you should know for sure is that I am going to leave this job exactly the same way I came into it,” Christie said recently. “Loudly.”

A former U.S. attorney who made a name for himself prosecuting political corruption, Christie swept into office in 2009 and governed with a blunt and often bruising style, tangling with ordinary people who dared challenge him in public.

He was widely praised for his field-marshal-like leadership after Superstorm Sandy ravaged the state in 2012. He made the cover of Time magazine with the headline “The Boss.”

He cruised to re-election in 2013 and was seen as a strong potential 2016 candidate for president. But he was soon engulfed in scandal when it was learned that some of his allies had closed lanes and created gridlock at the George Washington Bridge to punish a Democratic mayor for not endorsing him.

Christie was not charged and insisted he had no knowledge of the plot. But testimony at the trial last fall of two of his loyalists suggested he knew more than he let on. And the scandal reinforced his reputation as a bully, contributing to his weak showing in the early presidential contests.

Christie soon threw his endorsement to Trump, though he was ridiculed mercilessly for his shell-shocked, thousand-yard stare at a campaign event with the billionaire businessman.

Trump tapped Christie to lead his transition team but passed him over for vice president. The pair had their differences and relations grew strained. Days after Trump won, Christie was booted as head of the transition and Christie loyalists were scrubbed from job short lists. Christie was soon passed over for top administration positions, including attorney general, though he also turned down several jobs as well.

Back home in New Jersey, there is little affection for him.

In his seven years in office, a deal he made to shore up the public pension fund fell apart, a plan to change the school funding formula has stalled, and he has made little progress against the state’s notoriously high property taxes.

Last month, a plan he pushed to raise the salaries of top state officials in exchange for letting him profit from a book deal while in office collapsed amid a public outcry.

As for other career possibilities, Christie has said he could go into the private sector to make money, noting he is still paying off his children’s college tuition bills. He also wants to write that book. And he is a semi-regular host on a New York sports radio program.

“In the modern history of New Jersey we have not seen the kind of fall Chris Christie has had. He went from his tremendous re-election of 2013 to where we are in 2017,” said Ben Dworkin, director of the Rebovich Institute for New Jersey Politics. “The man had a huge opportunity in his second term to reshape New Jersey because he had such a dominant performance, but it all seemed to have flittered away.”

Republican Assembly Minority Leader Jon Bramnick, a close ally of the governor’s, faulted the media for “trolling” for bad news about public officials.

“Once heads pop up in the 2017 race,” Bramnick said, “maybe Gov. Christie doesn’t look too bad.