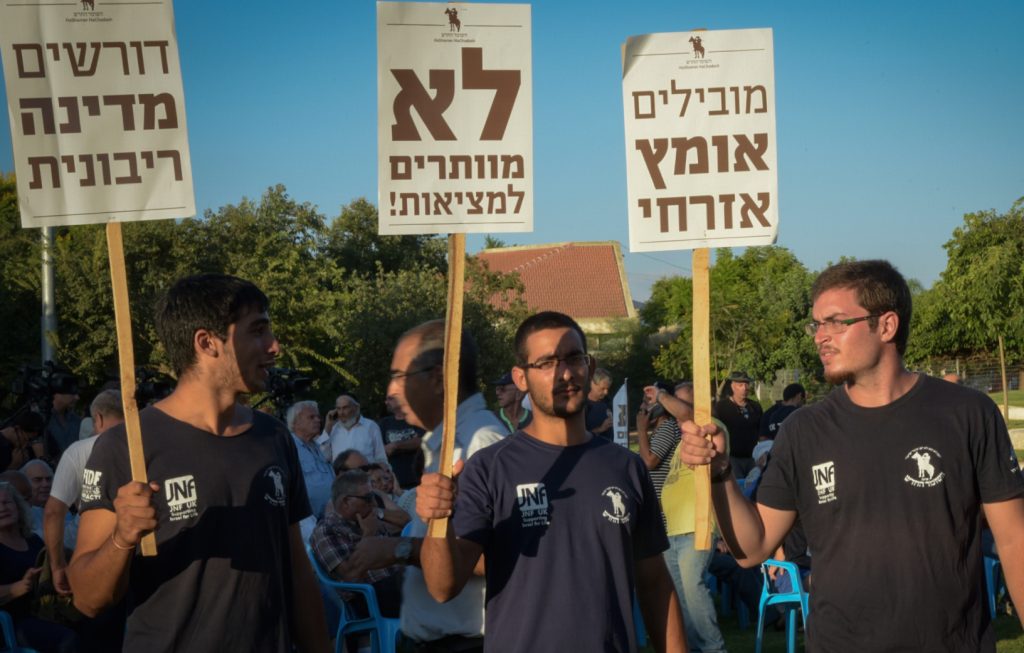 Prosecutors have dropped their case against a truck driver from Moshav Beit Elazari who apparently accidentally shot someone as he was protecting his property. The driver of the heavy farm vehicle shot in the air at three Bedouin who attempted to steal his vehicle. The driver said that he did not hit anyone, but after the incident rescue officials found a dead body in a field near where the shootings took place.

The court said that after examining the evidence and taking into consideration police recommendations not to press charges, it decided to close the case. Police had said that they would be unable to prove that the shooting was not accidental, and that he did not act within his rights by shooting to defend his property.

The case had received a great deal of media attention, with pundits and politicians debating the limits of self-defense and the appropriate response to an attempted theft. Many politicians, including Agriculture Minster Uri Ariel said that he fully supported the shooter, “who was trying to protect himself and his family. Farmers, especially in areas near large Palestinian populations, suffer from robberies,vandalism and nationalistic attacks. Security forces must increase their activities in order to defend these people. With that, we need to increase our activities to prevent the need for individuals to have to defend themselves in this way in the first place.”

The case generated major protests by farmers, who accused the state of turning a blind eye to the large numbers of thefts by Arabs who stole crops, vehicles, equipment, animals and anything else they could get their hands on. Doron Shidalov, head of the Brenner Regional Council said that he was happy with the decision. “We were sure of the driver’s innocence from the beginning, as we realized he was acting in self-defense. Unfortunately, the thefts that led to this shooting are a daily occurrence even now. We are likely to face similar situations in the future unless the state acts to stop this and treats it seriously.”

In the wake of the incident, the Regavim organization offered legal assistance to any farmer who needs to open fire on a thief or home invader. In a new campaign created in the wake of the shooting case, the group said it would provide free legal representation to farmers, moshav workers, or tractor and truck drivers who shot at thieves trying to steal their vehicles, crops or animals.