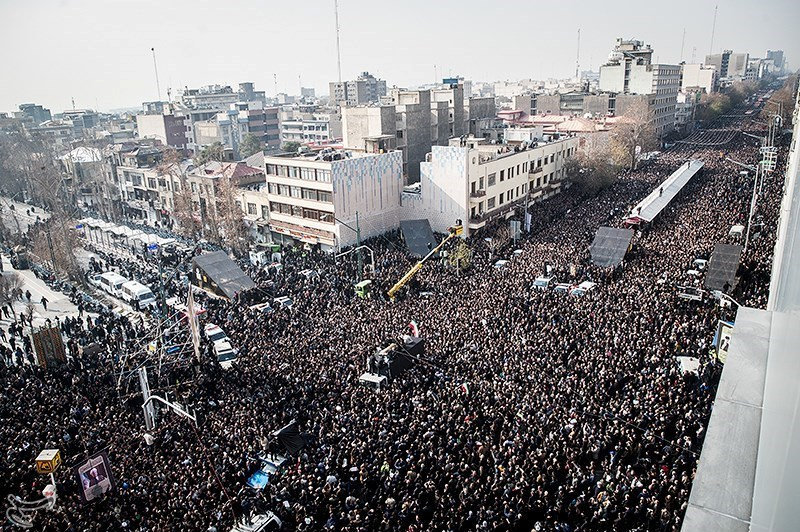 The death of former President Ali Akbar Hashemi Rafsanjani deprives Iran’s reformers of a powerful ally, boosting anti-Western hardliners before a presidential election, which will determine how open Tehran is to the world.

The loss of Rafsanjani’s skills as a factional powerbroker also means rivalries in Iran’s unwieldy dual system of clerical and republican rule could grow unchecked, testing the stability of the system.

His death on Sunday heightens concerns for reformers at a time when morale is rising among hardliners because of Donald Trump’s election as president. They believe Trump will adopt tough policies hostile to Iran and that this will undermine reformers’ attempts to build bridges with Washington.

“Rafsanjani was a key equilibrating power in Iran’s complex political system,” said a senior Iranian official who declined to be identified because of the sensitivity of the matter.

“His absence as a counterweight against hardliners could harm the moderates and the establishment altogether,” the official said by telephone.

Rafsanjani, 82, a pragmatist who favored liberal political and economic policies, died of a heart attack. He was buried on Tuesday.

Rafsanjani was a companion of the Islamic Republic’s late founder Ayatollah Ruhollah Khomeini, and one of the pillars of the 1979 Islamic Revolution. Following Khomeini’s death, he played a role in the selection of Ayatollah Ali Khamenei as supreme leader, Iran’s most powerful figure.

His death removes an important ally behind the scenes of fellow pragmatist President Hassan Rouhani, who is expected to seek re-election in May. Rouhani’s election win in 2013 and his success in ending the more than decade-long nuclear dispute with the West have weakened the hardliners.

If the hardliners regain the presidency, they would be expected to tighten restrictions on social and political freedoms.

A close aide said Rafsanjani had “always acted as a go-between whenever political infighting intensified and could harm the Islamic Republic.”

“No one has his political and revolutionary credentials to replace him … his death has created a major political vacuum in Iran,” Tehran-based political analyst Saeed Leylaz said by telephone.

This could enable Khamenei to tighten his grip on the governing hierarchy. Although Khamenei is suspicious of the West, he tries to stay above politics by balancing the interests of his hardline allies and their political rivals.

As Supreme Leader, Khamenei inherited powers that include command over the armed forces and the ability to appoint many senior figures, including the heads of the judiciary, security agencies and state radio and television.

“The leader will be extra careful to avoid any involvement in political infighting … But he will give his full support to enforcement of the revolutionary ideology,” a former official who is close to Rouhani said by telephone.

Under Iran’s system of “velayat-e faqih,” or rule by a religious jurist, the supreme leader has vast power and should stay above the day-to-day political fray.

Vocal on both domestic and foreign policy initiatives, Rafsanjani called for open policies at home and abroad, and supported the moderate opposition that disputed the result of the 2009 presidential election, which Khamenei had validated.

“His over 50 years of friendship with the leader gave him a unique position to express his ideas and procure equilibrium when political infighting intensified … his loss is a blow to the moderate camp,” said his aide. “His absence will radicalize the atmosphere.”

Rafsanjani, with a political career spanning over half a century, held most of the top positions in Iran’s political structure, including parliamentary speaker, armed forces commander and president from 1989 to 1997.

Analyst Meir Javedanefar said that “sooner or later, competing hardliner and moderate forces will reach a near equilibrium.”

“As without it, the ensuing imbalance could undermine the stability of the Nezam (establishment). This is a scenario which all supreme leaders would want to avoid, be they Khamenei or his successor,” said Javedanfar, a lecturer at the Interdisciplinary Center (IDC) Herzliya in Israel.

Most analysts say Rafsanjani’s death is a political blow to the pragmatist-moderate coalition, as he was the leading force behind Rouhani’s election win.

“This will weaken Rouhani, who has also failed to deliver his other promises like boosting the economy,” said Jamshid Pajouyan, a professor at Iran’s Allameh Tabatabai University.

Gary G. Sick, an American academic and Middle East affairs analyst, said the outcome of the election depended on Rouhani’s “ability to persuade Iranians that they are better off with the nuclear agreement … and that he is capable of defending Iran’s interests better than any alternative choice.”

Many ordinary Iranians have lost faith in Rouhani because he has not been able to improve the economy despite the lifting of sanctions in January last year under the nuclear deal reached with six major powers in 2015. The deal curbed Iran’s nuclear program in exchange for the lifting of most sanctions.

Activists and rights groups say Rouhani’s focus on improving relations with the West and bolstering the economy have prevented him from delivering his campaign promises of easing of social and political restrictions.

“I am sorry for Rafsanjani’s death but I have to think about my children. The life [here] is so expensive. The prices are going up every day,” said government employee Mohammad Hosseinzadeh.

“Rouhani promised so many things but … look at us. We are poorer than before. But I will still vote for him because we have to choose between bad and worse.”

Trump said during his election campaign that he would abandon the nuclear deal. He will be inaugurated on Jan. 20

“A hostile U.S. policy will be favoured by hardliners. They will pressure Rouhani even if he wins the vote. It means he will be in office but not in charge,” said analyst Hamid Farahvashian.

Fearing that economic hardship might cause the collapse of the establishment, Khamenei gave his blessing to the deal. But he has criticized the failure of the agreement to deliver swift economic improvements. Partly because of remaining unilateral U.S. sanctions, major European banks and investors are holding back from doing business with Iran despite lifting of many sanctions.