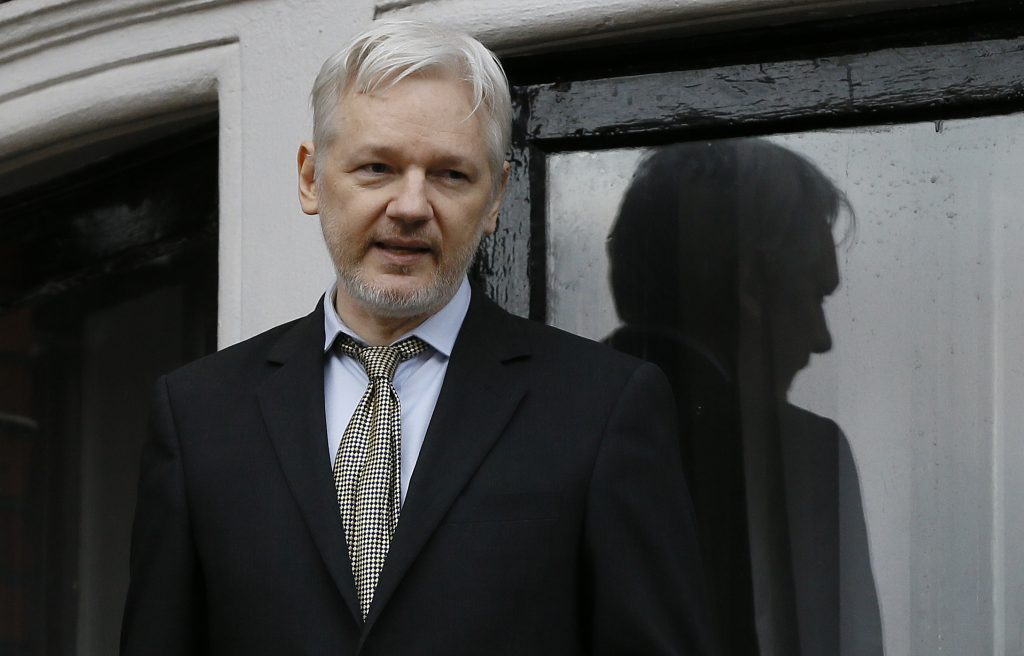 The report said Russian intelligence agencies gave stolen Democratic National Committee emails to WikiLeaks, which then released them to the public.

Assange reiterated his claim that WikiLeaks did not get the hacked emails from Russia’s government. He did not provide any clues about the source of the documents, so it was unclear whether they were provided to WikiLeaks from Russian proxies.

Assange spoke Monday in an online internet news conference about the intelligence report, which claims Russia conducted a campaign to help influence the election in favor of President-elect Donald Trump and disparage Democratic nominee Hillary Clinton.