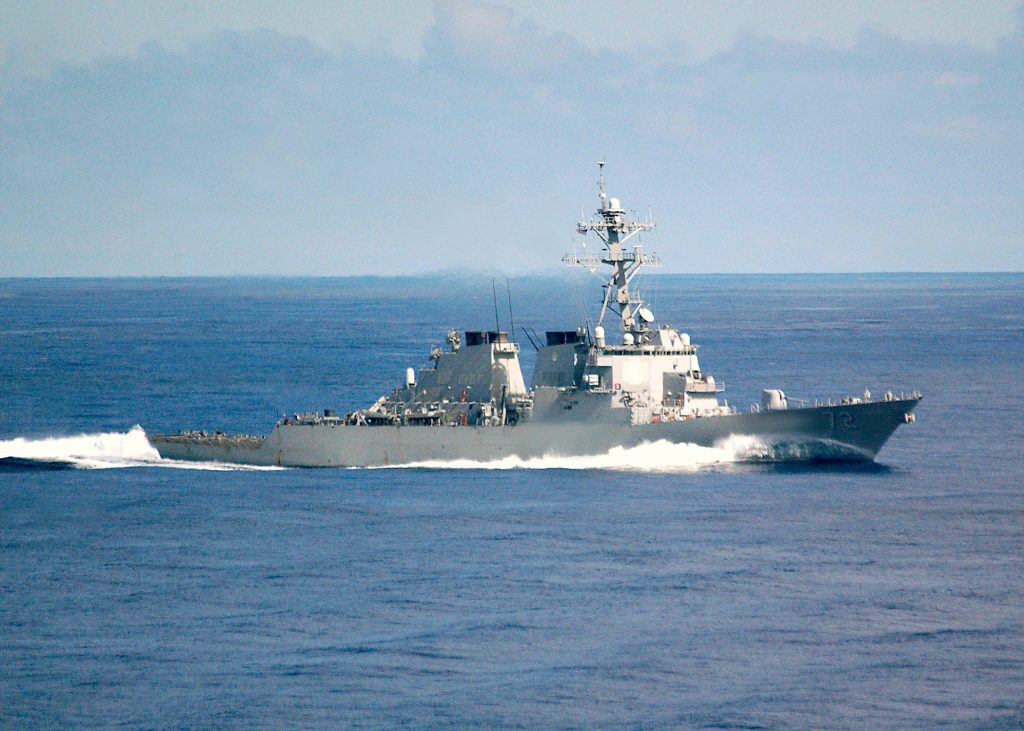 A U.S. Navy destroyer fired three warning shots at four of Iran’s Islamic Revolutionary Guard Corps vessels on Sunday after they closed in at a high rate of speed in the Strait of Hormuz, two U.S. defense officials told Reuters on Monday.

The officials, speaking on condition of anonymity, said the USS Mahan established radio communication with the boats but they did not respond to requests to slow down. The Navy destroyer fired warning flares and a U.S. Navy helicopter also dropped a smoke float. The Iranian vessels came within 900 yards of the Mahan, which was escorting two other U.S. ships, they said.