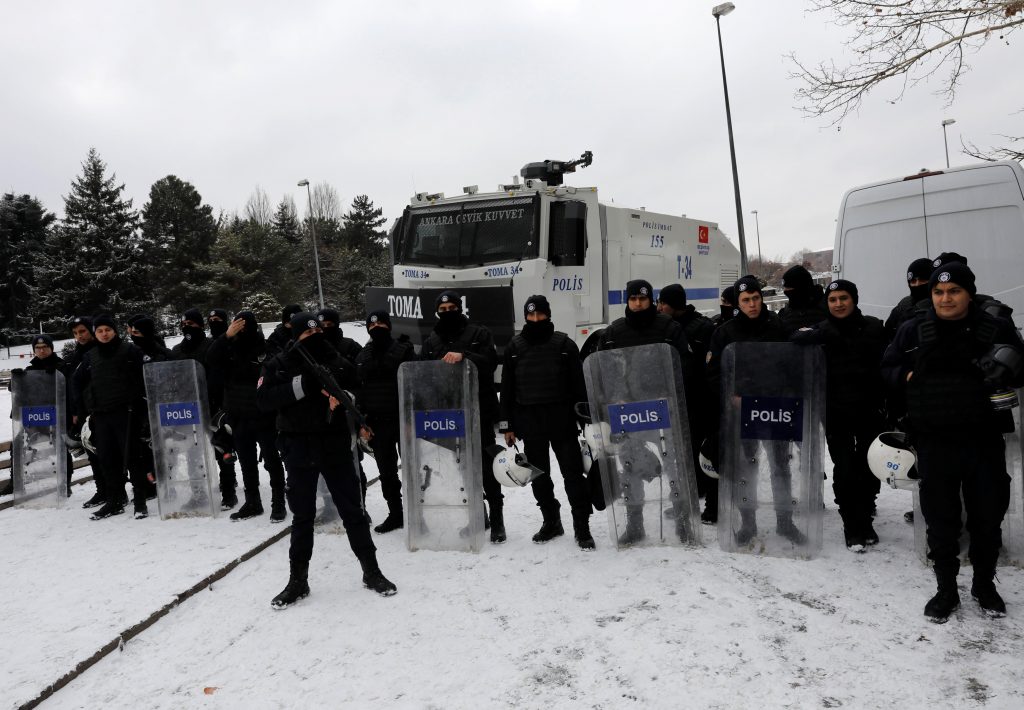 Turkey’s parliament is kicking off a debate Monday on a set of draft constitutional amendments that would hand Recep Tayyip Erdogan’s largely ceremonial presidency sweeping executive powers, and the possibility of serving two more five-year terms.

Erdogan, who has dominated Turkish politics for 14 years, has long been pushing for greater political powers to the presidency, arguing that a strong leadership will help Turkey grow.

The main opposition party fears that if approved, the reforms will concentrate too much power in Erdogan’s hands, turn the country into a system akin to a dictatorship and move Turkey away from democracy and its anchor in the West.

“They are trying to turn the democratic parliamentary regime into a totalitarian regime,” said main opposition leader Kemal Kilicdaroglu.

Debate on the proposals is expected to last two weeks. The reforms must clear two rounds of balloting in the general assembly, gaining at least 330 of the 550 votes. If passed, the government will submit the package to a referendum for a final approval — possibly in the spring.

The ruling party, founded by Erdogan, is 14 votes short of the required 330 but has secured the backing of the country’s nationalist party.

The changes would make the president the head of the executive, allow him to appoint the government, retain ties with his party, propose budgets and declare states of emergency. They would also allow Erdogan to serve a further two terms, ending in 2029.

Other proposed amendments would increase the number of seats in the 550-member parliament to 600, reduce the minimum age of legislators from 25 to 18 and set parliamentary and presidential elections on the same day.

The debate comes at a difficult time for the country, which has been rocked by a wave of bombings, renewed conflict with Kurdish rebels in the southeast, a military offensive in Syria and a failed coup attempt.

The botched July 15 coup set the stage for a sweeping purge of state institutions that has alarmed rights groups and Western governments.   The government says the strong presidential system will reduce instability.

“They ask, why are you keeping yourselves occupied with constitutional amendments (when) there is terrorism?” Prime Minister Binali Yildirim said last week. “Look, it’s today that we have the greatest need for a constitutional reform.”

Critics say the changes would allow Erdogan to rule with limited checks and balances. Erdogan is already accused of overstepping the limits of presidential powers as set by the constitution, ruling behind the scenes and ignoring laws that require him to be neutral.

Erdogan argues that the fact that he was elected by the people directly — and not through parliament as previous presidents were — gives him greater authority.

The draft amendments were approved following 10 days of tense debate that at times resulted in altercations between the ruling party and main opposition party members on the committee. Debate in the general assembly is expected to be equally tense.