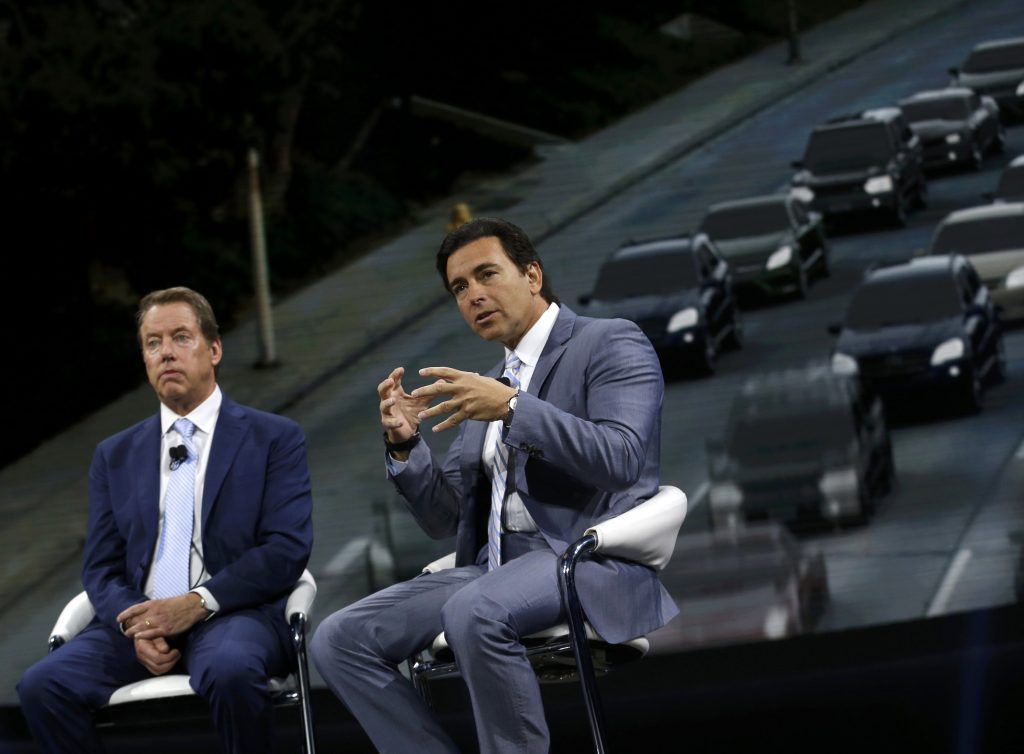 President-elect Donald Trump praised Ford Motor Co. and Fiat Chrysler Automobiles NV on Monday for announcing new investments in the United States after he made U.S. auto production a key part of his campaign.

Ford announced last week it would abandon plans to build a $1.6 billion plant in Mexico and would invest $700 million in a Michigan plant over four years, while Fiat Chrysler said Sunday it will invest $1 billion and add 2,000 jobs at plants in Ohio and Michigan to build new SUVs and pickup trucks.

Both companies have said they made the decision for business reasons and not because of pressure from Trump, but praised the president-elect for seeking to improve the climate for businesses to operate in the United States.

Fiat Chrysler chief executive Sergio Marchionne said at the Detroit auto show on Monday that the decision had been in the works for a long time and was “coincidental” to Trump’s post last week criticizing the company. “We didn’t twist ourselves into a pretzel [to make this decision]… It wasn’t a preemptive strike against a [post],” Marchionne said during a roundtable discussion.

Marchionne was asked about tariffs that Trump has threatened to impose on vehicles imported to the United States from Mexico and elsewhere and he said that Fiat Chrysler will live with any new rules. However, he added that it was “quite possible” that heavy tariffs on Mexican imports could force the company to close Mexican plants.

Trump has repeatedly singled out companies in the auto sector and other industries for not doing more to keep jobs in the United States.

Trump also criticized Toyota Motor Corp. last week for shifting production of its Corolla from Canada to Mexico. The company has said there is no impact on U.S. employment as a result of the change.

“It’s finally happening – Fiat Chrysler just announced plans to invest $1 BILLION in Michigan and Ohio plants, adding 2,000 jobs,” Trump said in an online post on Monday. In a follow-up post, he added: “Ford said last week that it will expand in Michigan and U.S. instead of building a BILLION dollar plant in Mexico. Thank you Ford & Fiat C[hrysler].”

Ford announced on Monday it will build the Bronco SUV and Ranger pickup at its Wayne assembly plant but will shift production of its Ford Focus car. Because of low demand, it will shift the Focus to an existing Mexican factory, rather than to a new factory as was announced in April.