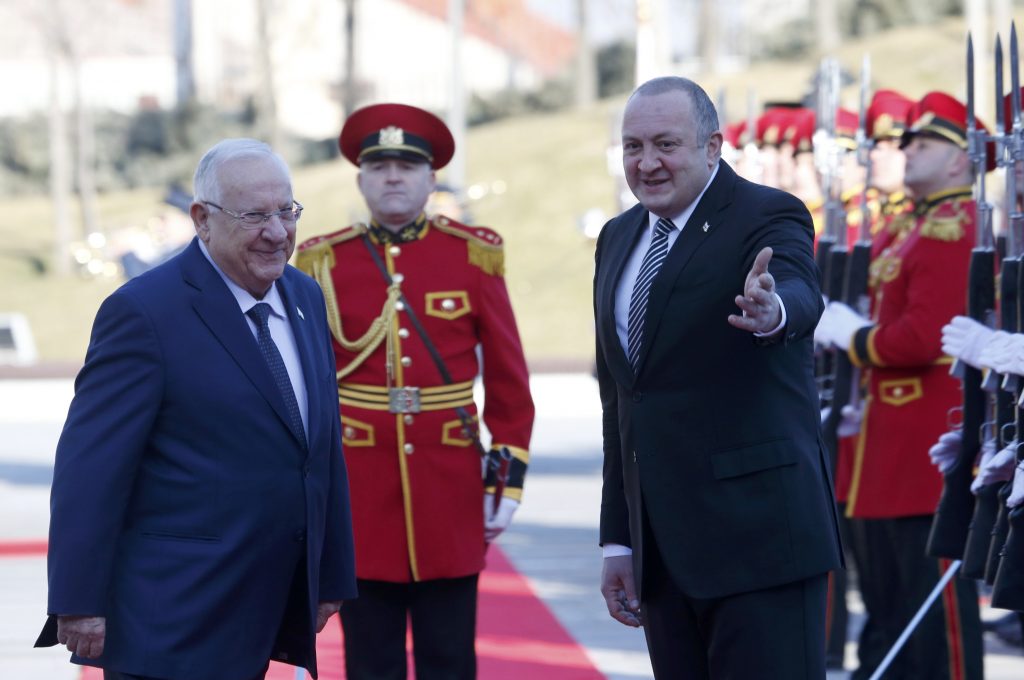 President Reuven and First Lady Nechama Rivlin began a state visit to Georgia at the Presidential Palace in Tbilisi on Monday morning.

The official welcome ceremony was hosted by President of Georgia Giorgi Margvelashvili. During the ceremony the Presidents stood for the playing of the national anthems and together reviewed a guard of honor. The two then went on to hold a working bilateral meeting after which they delivered statements to the media.&

Rivlin thanked Margvelashvili for the warm welcome and said, “I am here today to celebrate 25 years of diplomatic relations between our countries, but our friendship goes back much further. The Jewish community in Georgia goes back thousands of years, and we are so proud of the contribution made by Jews to Georgian culture, and by Georgian citizens to Israel. The Georgian Jewish community – here and in Israel – is a bridge between us, and an example of the warm friendship between our peoples.”

Both mentioned agriculture, technology and counter-terrorism as areas with great potential for bilateral cooperation.&

On Monday night, a state dinner is planned in Rivlin’s honor. On Tuesday, Rivlin is scheduled to meet with leaders of Georgia’s Jewish community and lay a wreath at the national memorial, before returning back to Israel.