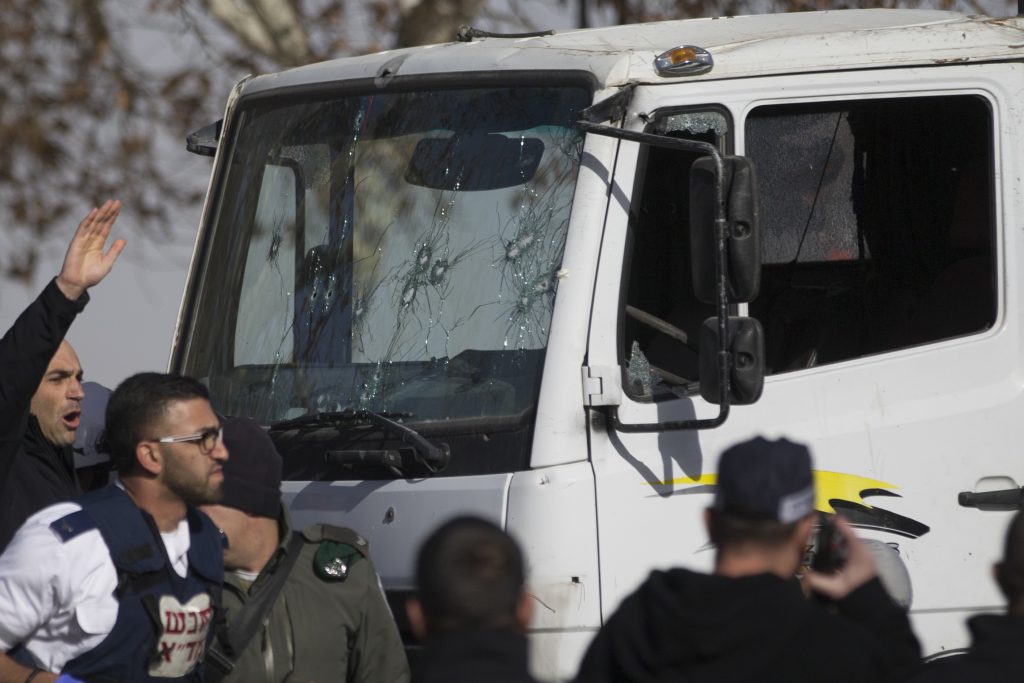 Israeli police have arrested nine people, including family members of the Palestinian truck driver who rammed his vehicle into a crowd of IDF soldiers at Armon Hanatziv in Yerushalayim Sunday afternoon, killing four people, Hy”d.

Police spokeswoman Luba Samri says five of the terrorists’s relatives are among those detained. They are all from the Jabel Mukaber neighborhood of east Yerushalayim, where he lived.

Police used concrete slabs on Monday to block some entrances to the neighborhood, and a police officer checked each car leaving it. Overnight, Palestinians shot fireworks at Israeli forces at a police post near the neighborhood.