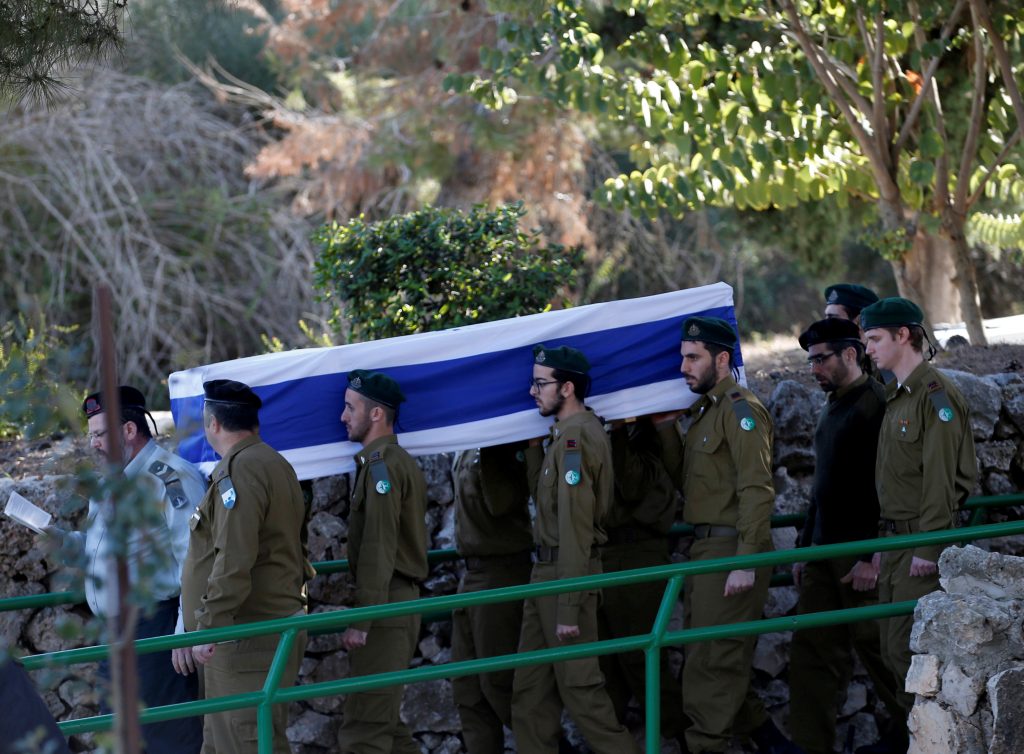 A female army officer and three officer cadets killed in Sunday’s incident were buried on Monday. Seventeen other people were injured when the truck barreled into a group of Israeli soldiers.

“We know the identity of the terrorist. According to all the signs, he is a supporter of Islamic State,” Netanyahu said.

The attack, however, was claimed by the “Groups of Martyr Baha Eleyan” in a post on Arabic social media. The organization said it was formed by Palestinians who “have no links outside Palestine.” It said it had acted previously, giving no details, and threatened more attacks.

“This is not the first operation executed by our groups, and it will be followed by a flood of distinctive operations in defense of our Jerusalem and in revenge of our martyrs and prisoners,” its statement said.

The group has not been heard of previously.

Iraq and Syria are the strongholds of Islamic State terrorists, although the terror group has taken responsibility for deadly attacks in many countries around the world.

However, actions inspired by Islamic State in Israel have been rare, and only a few dozen Arab Israelis and Palestinians are known to have declared their sympathy with IS.

Netanyahu visited some of the injured in the hospital on Monday and said Israel needed to prepare to face a different threat.

“I think the most important thing we need to understand is that we are under a new kind of attack. An attack by a lone terrorist who is inspired, and on the spur of the moment decides to act, in this case, a ramming attack,” he told reporters.

He said that extra security steps were being taken, such as adding physical barriers in public places, intensifying intelligence efforts to help identify and track potential terrorists, and raising the vigilance of security forces.