Business FOCUS: Why Tariffs on Chinese Imports Could Backfire in California
Business 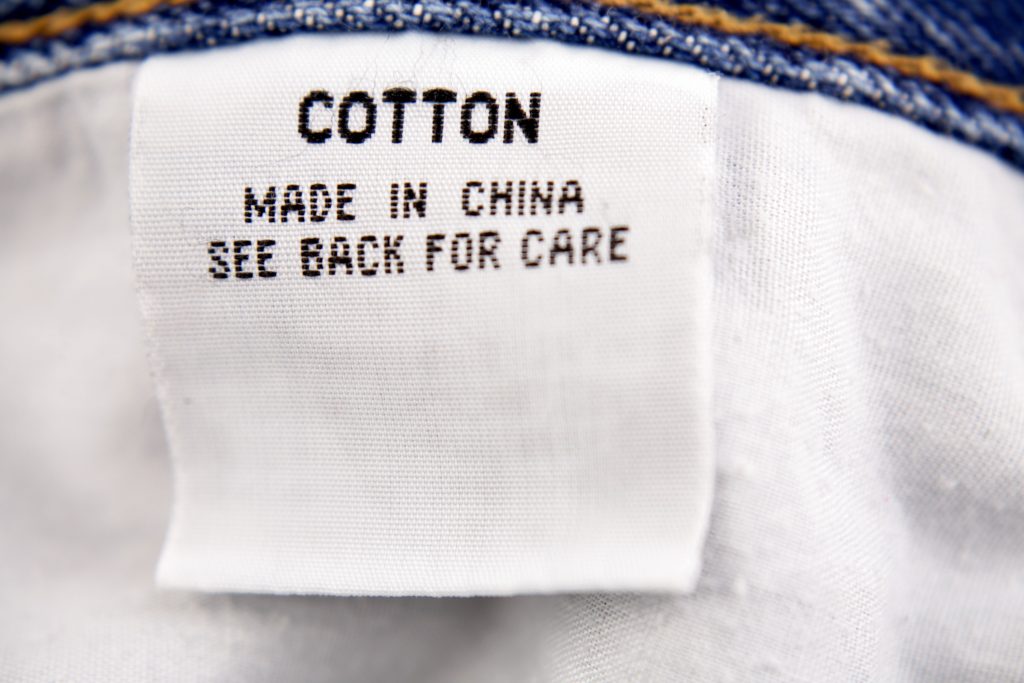 With each provocative tweet aimed at China from the president-elect, David Vered worries about a trade war that would hurt profits at his Los Angeles jeans company.

All the denim Vered buys for his brand, YMI Jeans, comes from Chinese factories, which have come to dominate the industry because of China’s abundance of affordable labor, capital and lax environmental laws. Those same conditions help make China the world’s top producer of all manner of manufactured goods such as cellphones, furniture,and rubber boots . It’s difficult for foreign companies to source supplies from anywhere else and stay competitive.

“It would be disastrous,” Vered, who remains a Donald Trump supporter, said of a trade war. “China is the whole production line. It would be very, very difficult for us.”

Across California, companies reliant on Chinese factories and suppliers are mulling over what it means if the incoming Trump administration makes good on threats to slap new tariffs on Chinese goods. The president-elect and his surrogates have floated the idea of import taxes as high as 45 percent and as low as 5 percent to punish China for undervaluing its currency — a charge many economists say is outdated.

Should the trade relationship with China sour, no state would feel the disruption more than California.

About $143.6 billion in goods from China were shipped to the Golden State in 2015, according to the latest full-year census data. That’s three-and-half times more than second-place Texas.

Meanwhile, the threat of retaliation from China looms large for state exporters. California sold about $14.3 billion in goods to China in 2015 — second only to Washington state’s $19.4 billion.

The high trade volume helps keep more than 30,000 workers employed at the Port of Los Angeles, where 6 of every 10 containers arrive from China. And the raw materials and finished products that pour in ensure that California companies such as Apple and Intel remain among the most profitable brands in the world.

“California has more to lose because we are the gateway to the U.S.” for Asian exporters, said Sung Won Sohn, an economist at Cal State Channel Islands. “This is where the infrastructure, connections and merchants are.”

The state also boasts the nation’s largest manufacturing base, employing about 10 percent of all U.S. factory workers, according to the U.S. Department of Labor. Most of those jobs are in high-value sectors like computers, chemicals and aerospace — industries that can more easily absorb California’s higher wages, expensive real estate and stricter regulations than producers of, say, garments or toys. Still, many companies that choose to manufacture in California rely on components and raw materials from China.

All signs point to a more adversarial relationship between Beijing and Washington once Trump assumes the White House. Trump, who nearly threw the “one China” policy into disarray last month, during the presidential campaign ran as a champion of displaced working-class Americans who believe they’ve been marginalized by globalization and Chinese mercantilist policies.

Trump has promised to bring jobs back to the U.S. and slash America’s trade deficit with China, which hit a record $367 billion in 2015.

One of Trump’s long-stated solutions for lost jobs and China has been to impose tariffs, much like President Reagan did with Japanese cars (a move that helped U.S. automakers but raised prices for American consumers).

“I’m totally open to a tariff if they don’t treat us fairly,” Trump said during a GOP primary debate last year. “Their whole trade thing is tariff. You can’t deal in China without tariff. They do it to us; we don’t do it. It’s not fair trade.”

Trump has kept the pressure on since being elected, mostly over Twitter, where he’s fired hundreds of barbs at China over the years.

“China has been taking out massive amounts of money & wealth from the U.S. in totally one-sided trade, but won’t help with North Korea. Nice!” Trump tweeted last week.

The next day, Trump picked Robert Lighthizer to be his U.S. trade representative. The lawyer and former trade official during the Reagan presidency has spent years arguing for tariffs on foreign goods. He joins a host of aides and appointees to the incoming administration, such as University of California at Irvine economist Peter Navarro, who favor a decidedly confrontational approach to Beijing.

California “gets an advantage by simply facilitating the flow of illegally subsidized goods into the country,” Navarro, who was tapped to head the newly created National Trade Council and wrote a book called Death by China, told the Los Angeles Times last year. “We are unique in that we are the gateway for the disease, and people make money off of that.”

It remains unclear how much blame to assign China for the loss of American factory jobs, which peaked at 19 million in 1979 before falling to about 12 million today. A study by Ball State University’s Center for Business and Economic Research in 2015 found that 88 percent of lost manufacturing jobs were due to efficiencies such as automation and robots.

It’s also debatable what, exactly, a trade deficit says about a nation’s economy. Some economists note that the U.S. economy thrives when it runs a trade imbalance.

“The challenge isn’t about how to get jobs back, but how to prepare jobs for the future,” said Patrick Chovanec, chief strategist for Silvercrest Asset Management.

“The story of the U.S. economy has always been about creative destruction,” he said, referring to the capitalistic theory that new production methods always replace old ones. “The question is how to facilitate that in a way that’s humane and productive.”

Moreover, many economists say the merits of using tariffs are overstated. They say a tax on imports could blunt some Chinese exports, but would also make consumer goods in the U.S. more expensive — a shift that would disproportionately hurt the working class.

In 2009, President Barack Obama slapped a 35 percent tariff on Chinese tires. The move saved up to 1,200 U.S. jobs, but it also resulted in Americans paying an additional $1.1 billion on more expensive tires, according to a study by the Peterson Institute for International Economics.

It’s also no guarantee that tariffs on Chinese goods would result in more U.S. manufacturing activity — not when developing nations such as Vietnam, Cambodia and Mexico have spent years building a case as viable alternatives to China for production.

“Tariffs on imports from China will not serve as a magic wand that brings back lost jobs,” said Eswar Prasad, an economist at Cornell University who formerly headed the International Monetary Fund’s China division. “Rather, such tariffs could end up inflicting collateral damage on U.S. businesses and hurting job growth in companies that have built international supply chains.”

Among the biggest sectors to have done this is the tech industry, which relies on countries across Asia to build its hardware. Apple can afford to build its high-end desktop computers in the U.S. because they are an expensive, niche product. But the equation changes when it comes to the iPhone, which accounts for about 60 percent of the company’s sales. Making the device in the U.S. requires access to tens of thousands of vocation school-trained workers at a single plant. In addition to higher labor expenses, Apple would have to pay for the added costs of importing parts across the Pacific such as processors from South Korea, cameras from Japan and rare-earth minerals from China. Building that supply chain from scratch could take years.

The same problem applies to smaller companies and products that aren’t as high-tech. Bruce Gifford, chief executive of the Santa Monica, Calif.- and New York-based 360 Sweater, said it would be impossible to produce in the U.S. the sweaters he sells at stores including Nordstrom and Bloomingdales.

“We don’t have the knitting equipment here,” said Gifford, who employs about 40 people. “For the most part, there’s no sweater production left in the U.S. anymore because there’s no sweater machines or ancillary products like the right washing machines, driers, presses or yarn suppliers.”

The company would have little recourse other than to pass the higher costs onto consumers if Chinese imports were slapped with a new tariff. Almost all the world’s cashmere comes from China’s arid northern and western frontier provinces where cashmere wool goats thrive. Ultimately, Gifford hopes Trump’s tough talk on China is nothing more than residual campaign rhetoric.

“I just can’t imagine the tariffs are anything more than a threat,” he said. “It’s to put China on notice.”