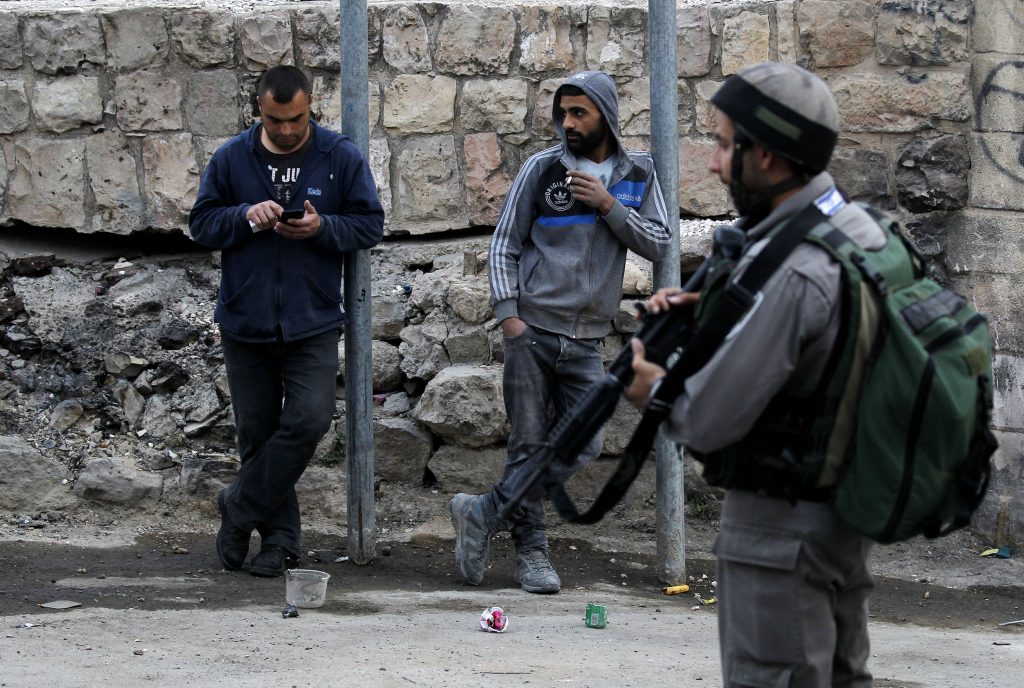 The IDF in conjunction with Shin Bet and the Palestinian Authority security forces conducted a sweep of the houses of some 60 Islamic State operatives in Yehuda and Shomron in the past twenty-four hours.

The IS members were taken for questioning.

Most of the suspects were apprehended by PA units, even though it has yet to publish a condemnation of Sunday’s truck ramming in Yerushalayim.

The detainees were associated chiefly with the Salafist stream, in particular in Shechem, Beit Lechem and Chevron.

The Palestinian Authority made no official statement about the raids. But a PA official said, not for attribution, that they were responsible for about 40 of the arrests made of Palestinian extremists who will be interrogated about their contacts with the terrorist who perpetrated the truck ramming on Sunday.

In the past, sources close to Mahmoud Abbas have said that one of the PA’s biggest fears is that Islamic State would gain a foothold in Yehuda and Shomron. So it may be for that reason that Palestinian security forces were willing to cooperate with their Israeli counterparts in the abovementioned raids.