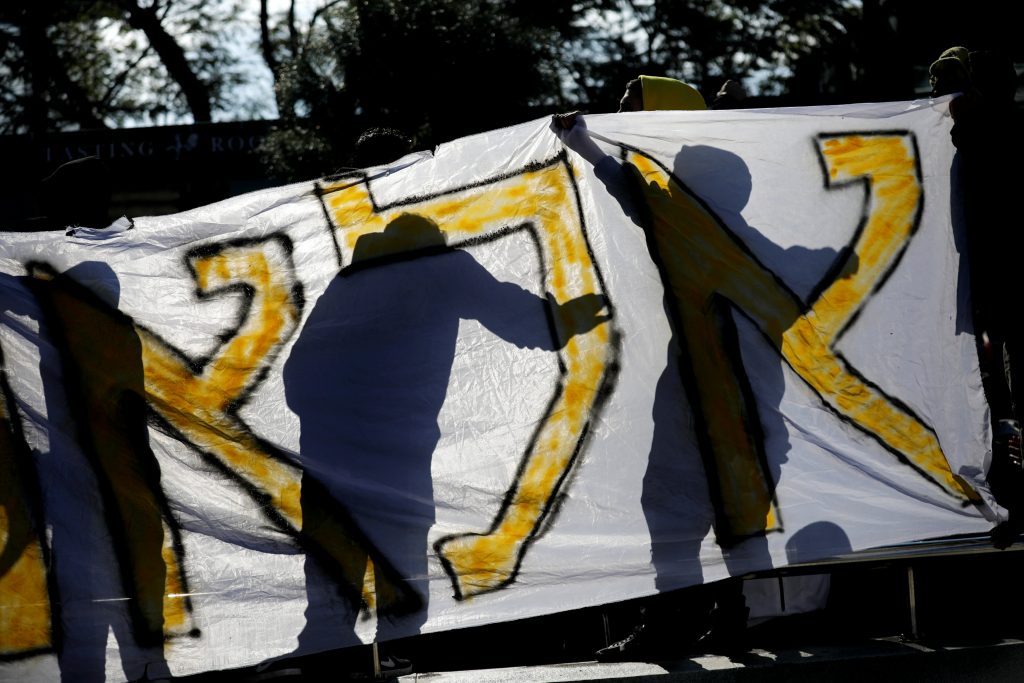 Police overnight Motzoei Shabbos arrested seven protesters who held a demonstration in favor of a pardon for IDF soldier Elor Azaria outside the President’s House in Yerushalayim. Police said that the protesters violated the peace with their late-night protest, and later blocked roads in defiance of police orders.

The latest detainee is being defended by right-wing activist attorney Itamar Ben-Gvir, who said that the detainee was a disabled IDF veteran. “The protester made statements out of emotional anguish over the situation, and was arrested – unlike when Arabs loudly call for the death of IDF soldiers, or express happiness over the death of soldiers. In those cases no arrests are made. But this protester was arrested, even though he apologized. This arrest was made just so police could show how ‘tough’ they are. It is unfortunate that police have become so politicized.”

In a statement, police said that they were committed to freedom of speech and legitimate protests, but that protesters must obey the law. “Police act with the safety of the public in mind. In protests where individuals threaten the lives of other people, or block roads and prevent the free flow of traffic, they will be arrested.”

A military court last Wednesday convicted Elor Azaria of manslaughter in the final decision on the fate of the IDF soldier who shot a terrorist who had been neutralized. Azaria has been on trial for the past eight months over a shooting incident in Chevron. The terrorist was shot and neutralized after he attacked IDF soldiers with a knife. Azaria later shot the terrorist in the head, killing him. Azaria claimed that he feared that the terrorist had been carrying a bomb that he intended to explode even while he was on the ground.

Politicians on the right and the left called for Azaria to be pardoned.