Israel OPINION: The Azaria Case and the Terror Attack: No Connection, And Yet …
Israel 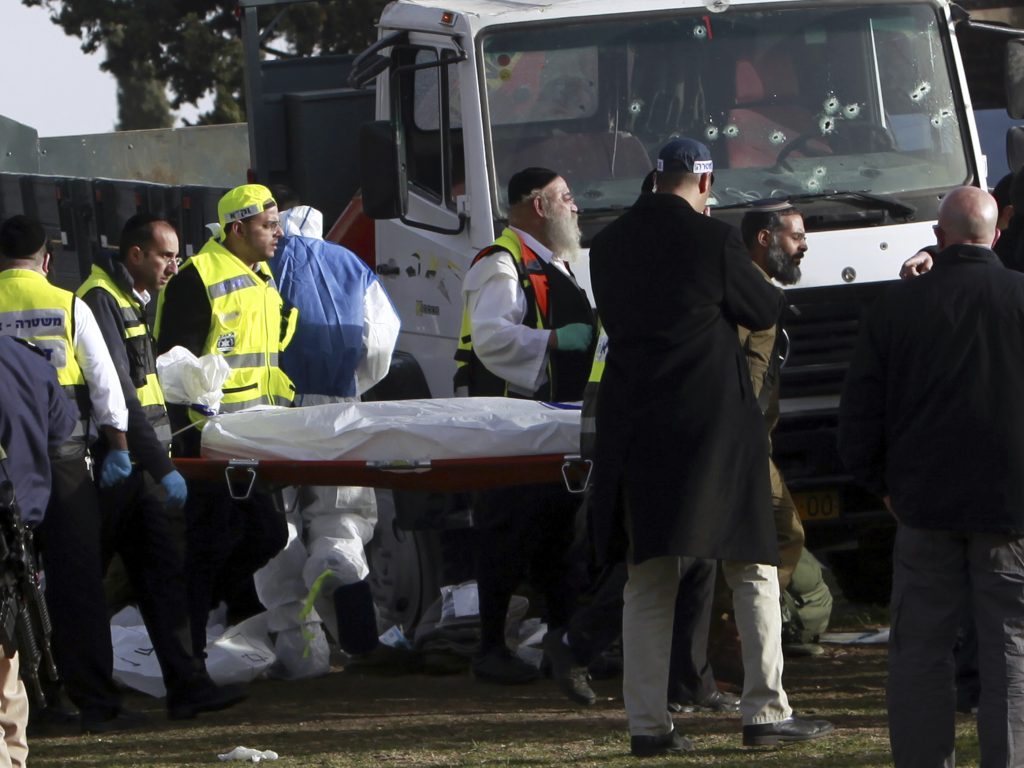 This was a terror attack unusual for its scale – and for its shamefulness.

But an attack like this one we cannot recall. An attack aimed at a group of 300 soldiers and cadets from an IDF officers’ training school. As if tomorrow they will be responsible for soldiers in their command. And they acted like raw recruits.

A surveillance camera at the site showed the gathering of the soldiers, the approach of the truck, the ramming, the driver, who had sufficient time, after the first ramming, to put the truck in reverse to run over additional soldiers.

And hundreds of other soldiers, with their weapons in their hands – running away!

True, they were in a course for officers who were not going to be assigned to combat units. Just the same, we are talking about military officers with the best weapons in their hands, and from whom we could have expected an entirely different kind of response: To rush the truck, or to offer assistance to the wounded. Yet, they appear simply to have fled the scene.

Only after a civilian carrying a pistol, who also happened to be at the scene, opened fire at the terrorist, did two soldiers come forward and join him in shooting the driver. Unfortunately, it was after four soldiers had already been killed and 20 others wounded.

The IDF will have to examine itself well regarding the conduct of its officers in the future. The senior echelons worked very hard on Sunday to convince the public that the soldiers’ reactions at today’s attack was “normal.” Furthermore, that it had nothing to do with the case of Sgt. Elor Azaria. Even though it appears to have had a connection.

There is no connection – and a very close connection.

It is possible that reports of IDF soldiers saying that they fear shooting terrorists because they could be charged criminally like Azaria are untrue. Fairy tales. But anyone who saw the images of the soldiers running from the attack scene must ask the question: If there is no connection with Azaria, then why did we not see dozens of soldiers immediately rushing to stop the terrorist from continuing his rampage?

Sunday’s outrage may not have been related to Azaria, even though the wave of terror suddenly rose after the conviction. Sixty incidents in 72 hours are not a routine matter. They should set off red warning lights.

The perpetrator of the attack in the capital on Sunday was not a member of Islamic State, but he was an admirer of their methods, in France, Germany and Turkey, seizing trucks and tractors and turning them into machines of death.