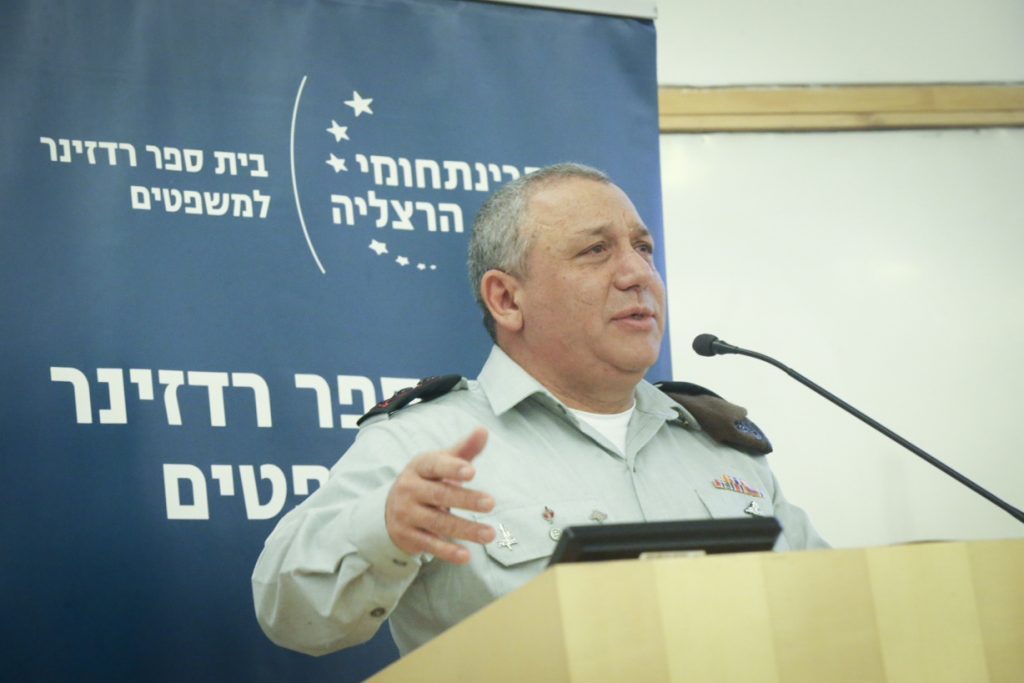 Five former IDF chiefs joined to back up current Chief of Staff Gadi Eizenkot on Sunday as he faced a wave of public anger over the conviction of Sgt. Elor Azaria, Ynet reported.

“We’re allowing a small minority to take over and shout,” says Lt. Gen. (res.) Benny Gantz. “We have to stop shouting and start thinking. How did we get to a situation in which Eizenkot or the judges need security against Jews? We have a strong, serious and firm IDF chief. I’m not worried about him; I’m worried about the country. The society needs to know which voices it chooses to listen to. Reality is complex and we have to deal with it. Leaders must create the discourse, not follow it.”

“I support the freedom of expression and opinion,” Ashkenazi said, “and I can understand the disagreements on the Azaria trial and expressing solidarity with the family’s pain. What I cannot understand or accept is attacks against the judicial system, the commanders of the IDF and the threats on the IDF chief. I call on everyone: Stop attacking the IDF and the chief of staff.”

Lt. Gen. (res.) Shaul Mofaz stressed the importance of the five former IDF chiefs coming together. “We came here to support the IDF chief, the army, and its values. Beyond the rules of engagement, (the Chevron shooting) raises the question of who are we, what are our values and how do we protect them. The decision of the court must be respected. Anyone who is seeking immediate pardon (for Azaria) is trying to gain political capital. The politicians tainted the process and it’s a shame such a circus was created from this incident.”

Regarding those who incite against Eizenkot, Mofaz asserted that “We must bring to justice anyone who has threatened the IDF chief and the judges. This situation is unacceptable.”