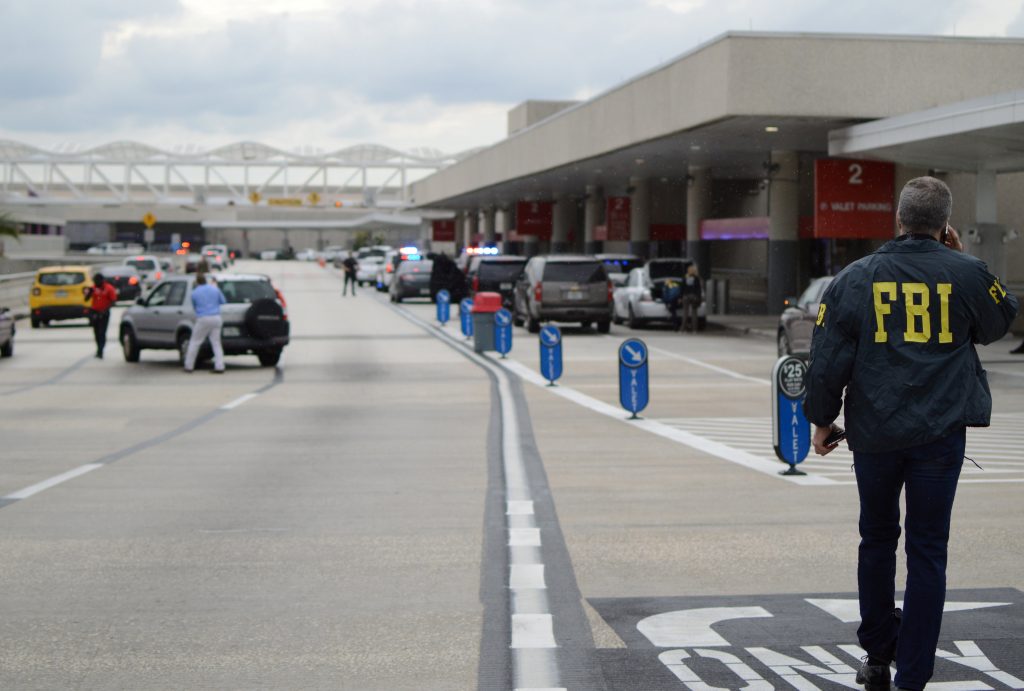 In a post-9/11 world, American airports have taken all sorts of steps to keep travelers safe. But significant vulnerabilities remain.

The attack that killed five people Friday at the Fort Lauderdale airport raised concerns about how to further protect travelers and what place firearms have in U.S. airports.

Authorities say Iraq war veteran Esteban Santiago flew in from Alaska, retrieved a handgun from his checked luggage, went to a bathroom to load it and then returned to the baggage claim area to open fire.

“There’s no question we need to review not only the question of whether people should be able to travel with their firearms even if they’re in checked baggage, but I think we need to take a hard look at the security around baggage claim areas, and not just leave it at that,” said U.S. Rep. Debbie Wasserman-Schultz, whose district includes the airport.

Transportation security and law enforcement experts say the baggage claim area remains one of the most vulnerable parts of the airport. Security is lighter and large numbers of people move in and out quickly.

“What went wrong yesterday … is that baggage claim is the softest of soft targets. I mean an elementary school is harder to get into than a baggage claim at an airport,” said Chris Grollnek, a former law enforcement officer who specializes in security issues, especially involving active shooter situations.

Indeed, he notes, it’s more difficult to get out of the baggage claim area where at least a minimal security presence screens people leaving to make sure they haven’t taken someone else’s luggage than it is to enter the area.

After virtually every terror attack or attempted attack, authorities have issued new restrictions: requiring passengers to remove their shoes to expose any explosive material and limiting the amount of liquid in carry-on bags. But experts say the public areas of an airport remain vulnerable, because the focus of security is devoted to screening passengers to keep their flights safe.

Just in the past year suicide bombers targeted ticket and terminal areas in Brussels and Istanbul, Turkey.

The only way to prevent such attacks, Grollnek and other experts said, is to ensure the wrong people don’t get guns and to encourage the general public to alert authorities if they believe a friend or family member is acting erratically. He likened it to farmers who were enlisted in the Civil Air Patrol to spot potential illegal activity while they were in the air in crop dusters.

Florida is one of six states that restrict firearms at the airport, declaring it a “gun-free” zone, along with schools and government meetings. Before the shooting, state legislators sought to relax those restrictions, arguing they prevent people from protecting themselves from attack. Opponents of those efforts, said having guns there would make them more dangerous. Gun-free zones at airports still allow for travelers to bring their firearms to the airport to be checked, and then retrieve it once they land.

“Yesterday should serve as a reminder that guns have no place in such areas in our communities,” said Michelle Gajda, with Florida Moms Demand Action for Gun Sense in America.

But Kevin Michalowski, executive editor of Concealed Carry magazine, said gun-free zones give a false sense of security. “What they do is provide a safe space for someone who decides to commit mass murder to go ahead and do it without anyone getting in his or her way,” he said.

Transportation security experts say the safe transport of firearms and gun-free zones present a balancing act between ensuring the public’s safety without trampling on constitutional rights.

An easy solution might be to require travelers to ship their firearms ahead of time, said Mary Schiavo, former Inspector General of the U.S. Department of Transportation. But then you would run afoul of constitutional issues involving the right to interstate travel and the firearm owners protection act. Another option might be to restrict ammunition from being transported on planes, but that is not without its own constitutional concerns, she said.