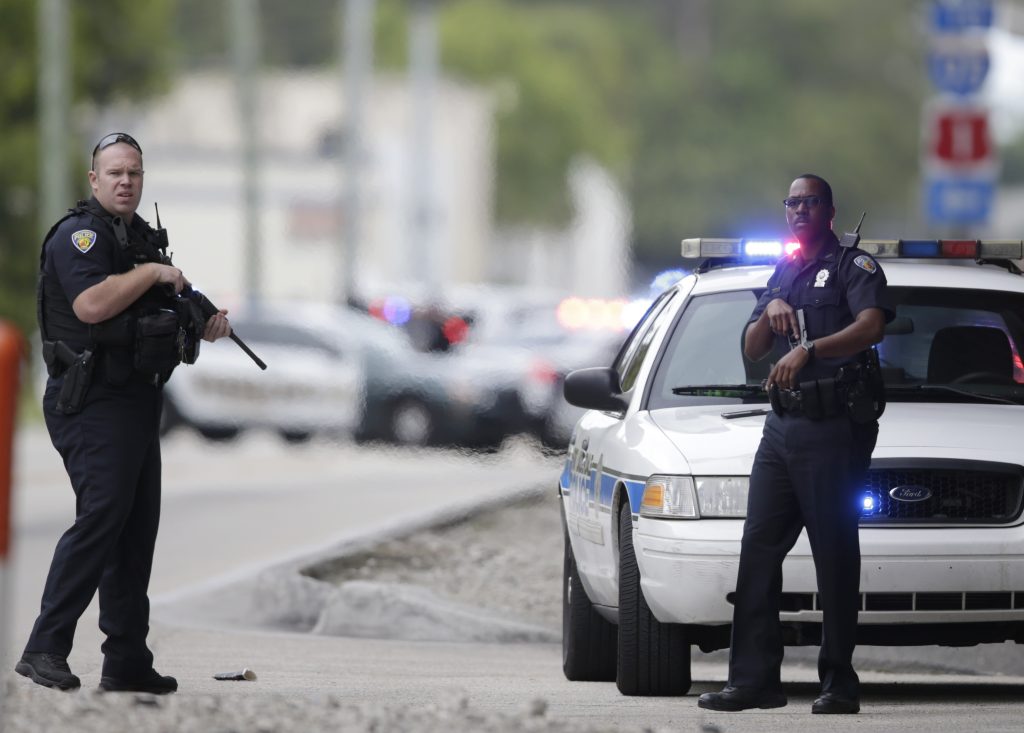 A man who was at the Fort Lauderdale-Hollywood International Airport Friday afternoon, when a gunman began firing into the crowd, avoided serious injury thanks to a backpack and his laptop computer.

Steve Frappier, an Atlanta school counselor, was in town for a conference and had just arrived at baggage claim. As people clustered around to get their luggage, Frappier heard loud noises like firecrackers but, he said,“I didn’t think much of it because in an airport, there’s always loud sounds.”

But then he heard someone yell out: “He’s got a gun! Get down!”

Everyone in the area hit the floor. Frappier watched as a man, identified by law enforcement as Esteban Santiago, 26, firing at people.

The gunman man shot dead five people and wounded 13 others.

“He never said anything the entire time,” Frappier said. “He was cool, calm and collected. He never grimaced.”

As luggage began spilling onto him from the conveyor belt, Frappier said he saw a man get shot in the head. “His wife was screaming, hovering over him,” he said.

He then felt a muffled impact on his back and thought it was just luggage that fell on him.

It wasn’t until after the gunman surrendered that Frappier got up in a daze and went to the bathroom. He opened his backpack and saw a bullet hole in his school-issued computer.

He surrendered his backpack to FBI agents, who found a 9-mm bullet inside the backpack, where it fell after hitting the computer.

“If I didn’t have that backpack on, the bullet would have shot me between the shoulders,” Frappier said. “It still doesn’t feel real.”