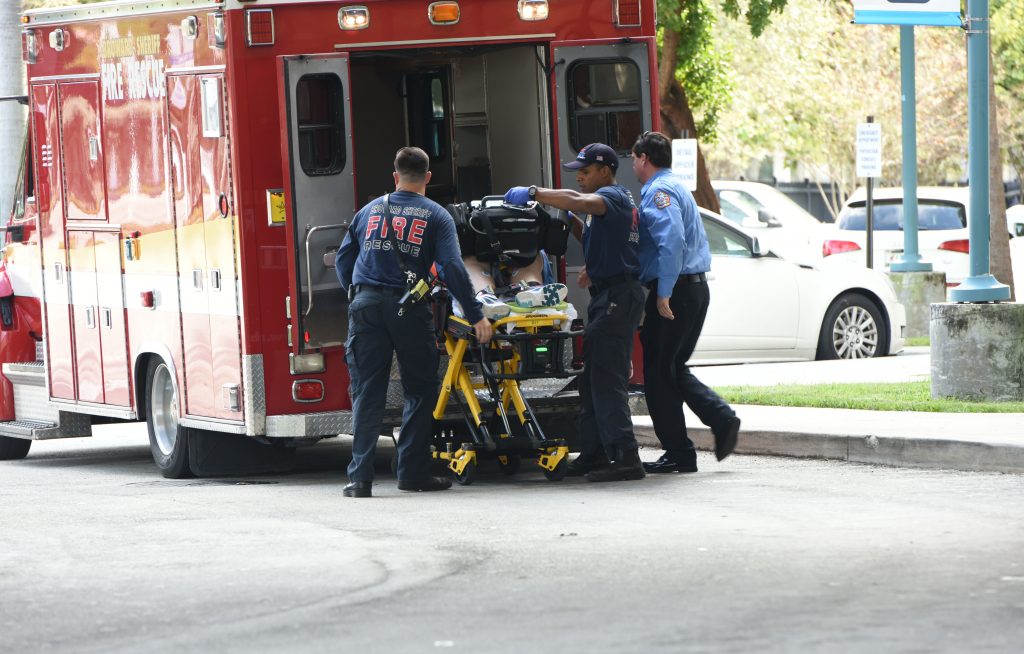 A shooter opened fire around 1:00 p.m. at the Ft. Lauderdale, Florida, international airport Friday, killing five people and injuring eight before he was taken into custody. The airport suspended operations as law-enforcement authorities rushed to the scene of the shooting, at the baggage claim of Terminal 2.

Then, around 2:30 p.m., there were unconfirmed reports of a possible second shooting, at a garage at Terminal 2, and an active search is underway at the airport.

The shooter at the baggage claim was identified as Esteban Santiago; he was carrying a military ID, according to U.S. Sen. Bill Nelson.

John Schlicher, who told MSNBC he saw the attack, said the shooter was “directly firing at us” while passengers waited for their bags to come off the carousel.

“I put my head down and prayed,” Schlicher said, adding that his wife gave first aid to someone who had been shot in the head.

His mother-in-law used her sweater to tend to another victim but it turned out that victim was already dead, Schlicher said.

The shooter reloaded once for a second burst of shooting, Schlicher said, but he could not say how many bullets were fired.

Mark Lea, another eyewitness, told MSNBC “there was no rhyme or reason to it.”

“He didn’t say anything, he was quiet the whole time, he didn’t yell anything,” Lea said.

Jillian Saunders, from Palm Beach, Florida, told The Associated Press in direct Twitter messages that she was watching the activity from the tarmac in a plane scheduled to fly to Los Angeles.

“Everything you see on the news is happening outside my window,” she said. “I am luckily on the plane and they said we are right now the safest people at the airport.”

Airport officials said on the airport’s website that it was suspending flights. Earlier in the day, the Federal Aviation Administration regulated the pace of flights because of heavy volume after morning fog. According to tracking service FlightAware, about 60 flights to and from Fort Lauderdale were delayed and fewer than a dozen canceled before the shooting.