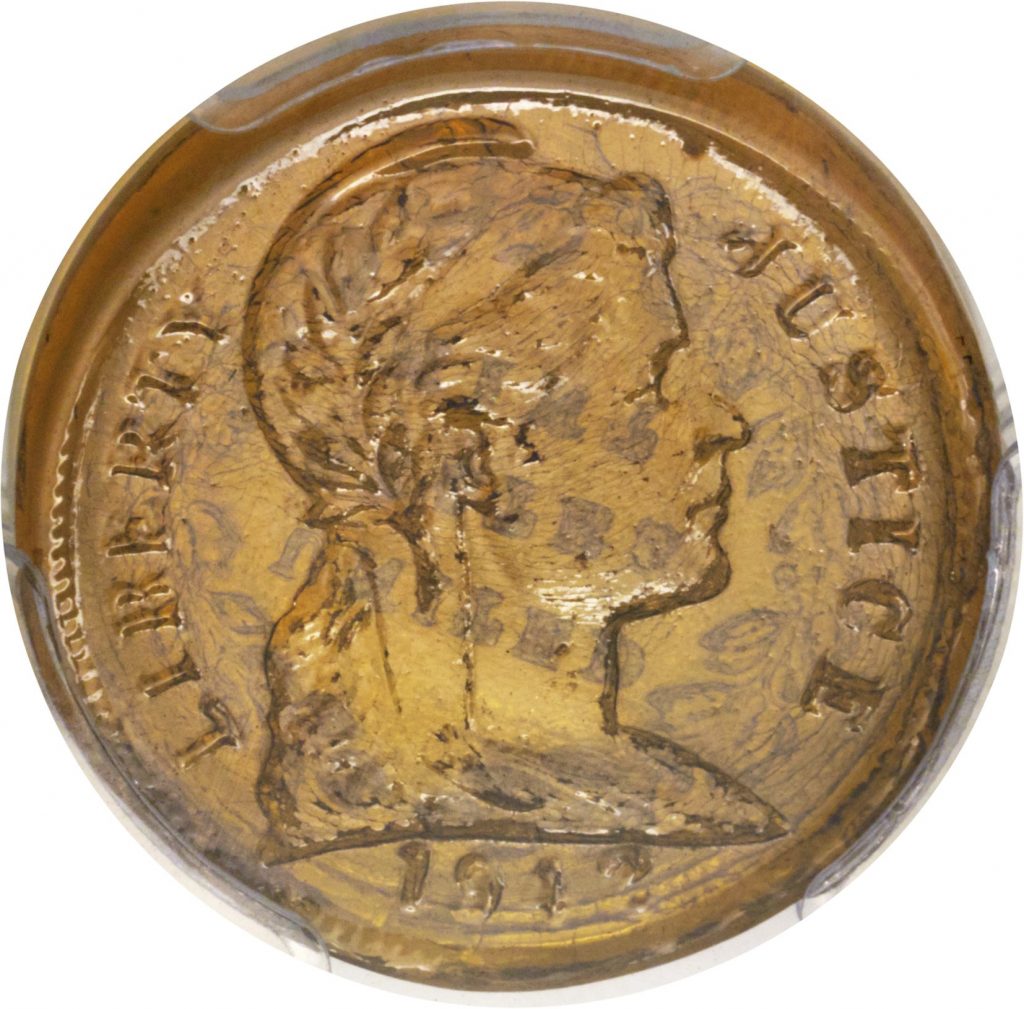 A rare experimental glass penny made during World War II has netted a pretty penny at auction — selling for $70,500.

Heritage Auctions announced Friday that the penny was sold during Thursday’s auction based in Fort Lauderdale, Florida, to an American buyer who wishes to remain anonymous.

During the war, copper was needed for ammunition. The U.S. Mint authorized tests that included making uncirculated pennies from other metals, plastic and rubber. The Blue Ridge Glass Co. in Tennessee made experimental pennies using tempered glass.

The penny’s former owner, Roger Burdette, says the coins’ impressions weren’t precise, their weight and size weren’t uniform and they developed sharp edges. He says they were likely destroyed.

The penny is likely unique since Burdette says only one other glass penny exists and it is broken.

The Mint made 1943 pennies from low-grade steel covered in zinc.