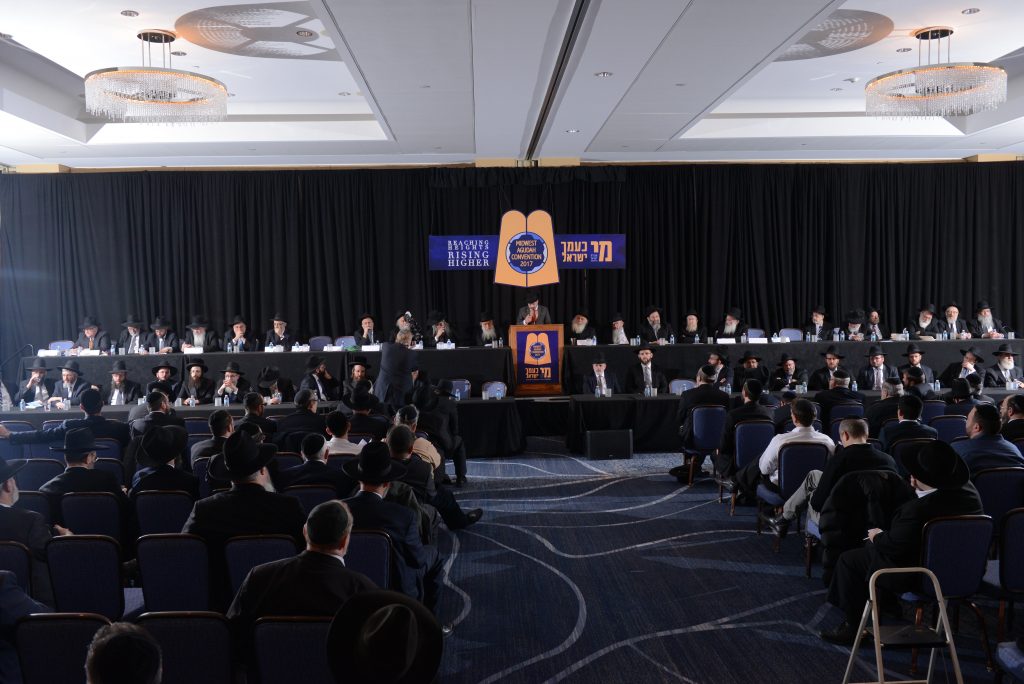 “MiK’amcha Yisrael : Reaching Heights, Rising Higher” is the theme of the Midwest Agudah Convention 2017, which began Thursday evening at the Renaissance Schaumberg Hotel in Schaumberg, Illinois.

At the Opening Plenary Keynote Session, the atmosphere was charged with excitement and anticipation, as hundreds of delegates from across the country gathered to hear divrei chizuk from Gedolim. And they were not disappointed. Harav Aharon Feldman, shlita, asserted that we must define Klal Yisrael’s success as success in limud haTorah, not success in our increased standards of gashmiyus.

Harav Yisroel Reisman, shlita, insisted that the future of Klal Yisrael is in Eretz Yisrael, as we are currently witnessing the shift of the center of limud haTorah and psak halachah to Eretz Yisrael, a phenomenon that has not existed since the times of Rav and Shmuel, 2,000 years ago. Therefore, it is incumbent upon us to support the mosdos and citizens of Eretz Yisrael financially and emotionally, and give proper respect to those who come collecting from Eretz Yisrael.

Harav Avraham Schorr asserted that we must recognize our illustrious past, understand how previous generations lived with temimus, emunah, and submission to talmidei chachamim, and strive to follow in their footsteps.

Thursday night’s session certainly presented a taste of things to come throughout the weekend, when over 1,300 delegates, including hundreds of children, will continue to soak up the words of Gedolim and askanim, network with each other, and discuss initiatives to help Klal Yisrael continue to riser higher and higher.