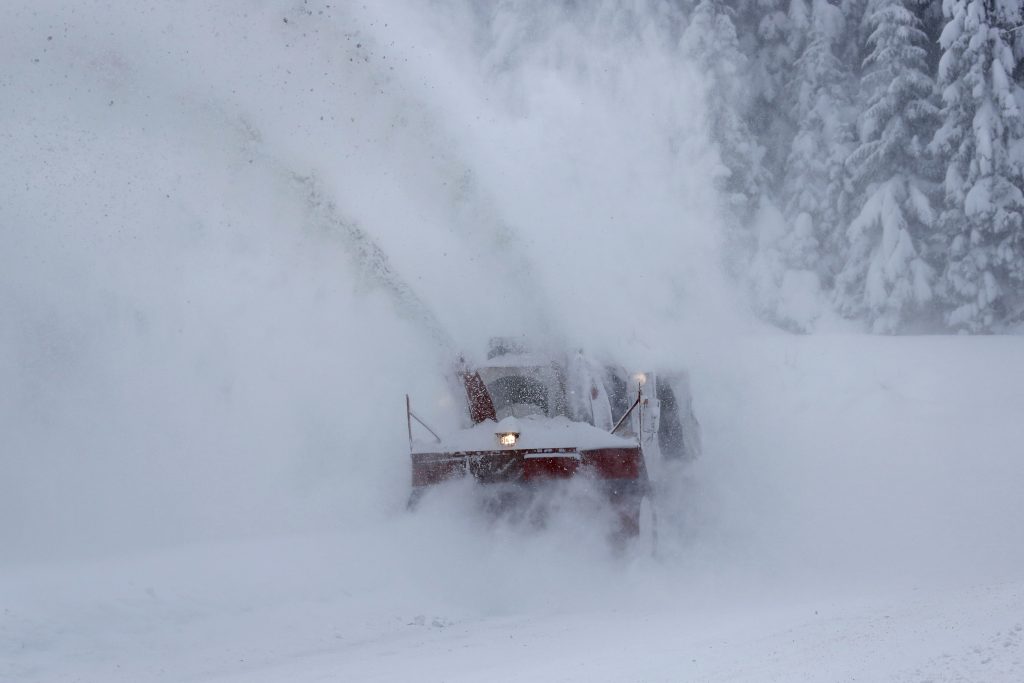 In Poland, the cold snap was blamed for five deaths in 24 hours. Three people died from hypothermia, while two more died from carbon-monoxide poisoning caused by malfunctioning heaters, the government Security Center said.

Officials in neighboring Ukraine reported that four people had died from effects of the cold in the Lviv region near the Polish border.

In Romania, authorities said that 90 people were rescued from stranded cars and that crews were working to save people stuck in some 30 cars on a major highway. More than 40 trains were not running due to snow on the tracks.

Snowfall and heavy winds closed roads and some train services in central Italy, pounded areas hit by recent earthquakes and forced the cancelation of some ferry crossings to islands off Naples and Sicily. Even Naples itself got a rare dusting of snow.

Serbian state media reported that 22 people, including children, were injured in a pileup caused by the wintry weather on the outskirts of the southern city of Nis.

Local official Dragan Dimitrijevic said emergency crews were “helpless against the wind” and snow drifts that piled up to two meters (6.6 feet) high.

“New piles form almost immediately after we clear up,” he said.

Bulgarian authorities said some 650 villages across the country were without electricity due to high winds and heavy snow.

The temperatures dipped below freezing even along Croatia’s Adriatic coast, where winds up to 100 mph halted some ferry traffic to the islands and over the bridges along the coastline.

In Poland, where temperatures dropped to minus-13 degrees Farenheit early Friday in the southern mountainous region, winds whipped up to 56 mph, and more than 2,000 households were without heat in the southern Rybnik area.

In Moscow, the Emergencies Ministry warned that the temperature could plummet to minus-31 degrees Farenheit over the weekend, and urged people not to stay outside for long.