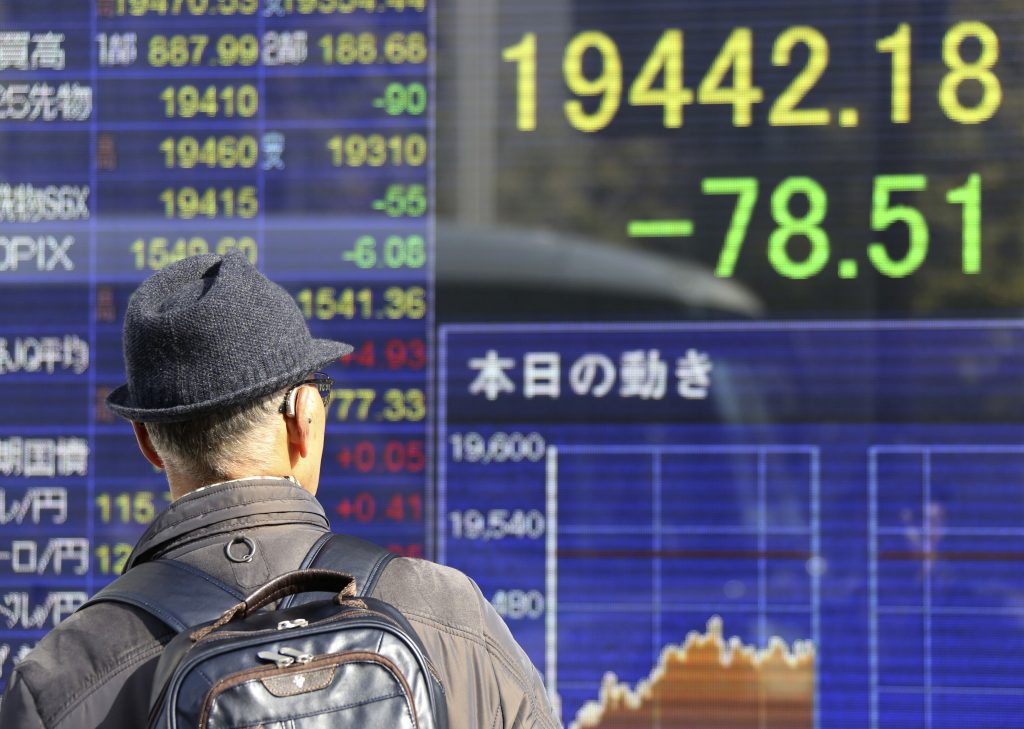 Asian shares were mostly higher Friday as investors awaited the release later in the day of key U.S. jobs data.

Investors are refocusing on currencies after the greenback hit 14-year highs against its peers. The yen’s strength this week has pulled Japanese export-oriented shares lower. Now markets are closely watching the yuan, which has surged against the dollar in what some see as a sign that Beijing wants to stem the closely controlled currency’s recent decline. Authorities on Friday set the midpoint of the narrow band in which the yuan is allowed to fluctuate 639 basis points higher at 6.8668 to the dollar — its biggest increase in years. In Hong Kong, the costs for banks to borrow yuan from each other overnight jumped to a staggering 38.3 percent on Thursday.

Markets are awaiting a U.S. government report on employment due later Friday that Fed officials will factor into future decisions on interest rate policy. Economists expect a gain of 173,000 jobs, according to data provider FactSet. A private payroll survey released Thursday found fewer jobs were added than economists had expected.

“Broad gains in Asian markets are expected to continue in the day, despite U.S. markets providing little inspiration, the latter weighed by disappointing US jobs data overnight,” said Jinyi Pan of IG Markets in Singapore. “The main focus will however be on U.S. December (non-farm payrolls) release today.”

Benchmark U.S. crude fell 10 cents to $53.66 a barrel in electronic trading on the New York Mercantile Exchange. The contract rose 50 cents to settle at $53.76 a barrel on Thursday. Brent crude, which is used to price oil sold internationally, slipped 12 cents to $56.77 a barrel in London.