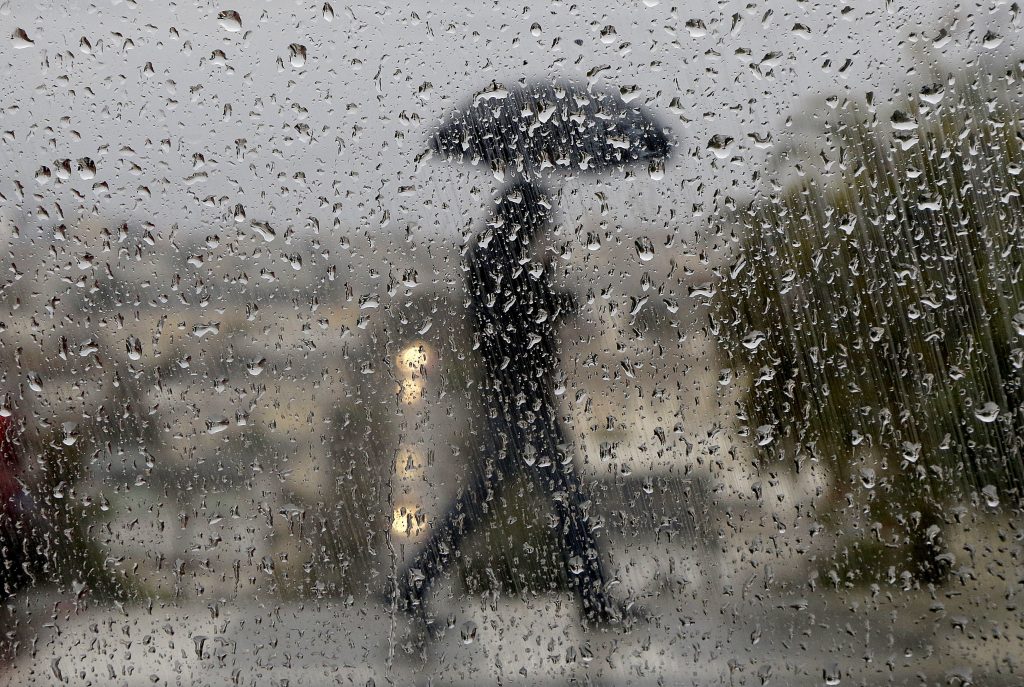 Much of Northern California and the Sierra Nevada braced for potential flooding into the weekend as a winter storm that dumped more than 2 feet of snow around Lake Tahoe made its way toward Utah and the Rockies.

Stiff winds toppled a towering evergreen tree into an Oregon home, killing an 8-year-old girl, while blizzard conditions closed major highways and triggered a small avalanche in the Sierra on Wednesday as wet, windy storms pummeled much of the West.

The child, Zaylee Schlect, was the daughter of a volunteer firefighter who was working during the storm that downed trees throughout the state on Tuesday night. She was killed in Otis, a town near the coast. Others inside the home were uninjured, authorities said.

Another foot of snow was expected early Thursday in the upper elevations around Lake Tahoe, where more than 2 feet fell Tuesday through Wednesday, snarling traffic.

Flash flood watches were issued for most of the Sierra along the Nevada-California line, where the National Weather Service said the potential for another 6 to 12 inches of rain would create serious flooding concerns into the weekend.

As much as 6 inches of rain was reported Wednesday in Doyle, California, about 40 miles north of Reno, Nevada and more than an inch in Carson City and Sparks, the weather service said. Officials in Reno and Sparks and neighboring rural counties said they would start making sandbags available for residents on Thursday.

All major Sierra passes were closed Wednesday night, including a 50-mile stretch of U.S. Interstate 80 — from about 50 miles east of Sacramento, California, in the foothills near Colfax to Truckee, about 30 miles southwest of Reno, Nevada. The eastbound portion of I-80 was reopened early Thursday morning, the California Department of Transportation said on its website.

“We are looking at near white-out conditions,” Nevada Department of Transportation spokeswoman Meg Ragonese said earlier Wednesday when they closed the only state highway connecting Reno to Lake Tahoe.

Nevada state trooper Dan Gordon said visibility was near zero at times, but there were no reports of major accidents.

“Just a lot of slide-offs and roadway conditions that are just horrendous — really treacherous,” he said. Even cars with chains were getting stuck and sliding off the road, he said.

In Utah, snow that accumulated over several days caused the roof of a business to collapse in Provo. No injuries were reported.

Snow was also falling in Wyoming, where a winter storm warning was posted for much of the Interstate 80 corridor, including Cheyenne. Heavy snow was also expected in Colorado.

In New Mexico, forecasters said a blustery winter storm will produce significant snowfall and strong winds across much of the northern and eastern parts of the state beginning late Wednesday and peaking early Friday.

Some highways flooded Wednesday in the San Francisco Bay Area, and mud and rockslides were reported in the Santa Cruz Mountains. The San Lorenzo River was swollen and the Big Sur River was also above flood stage. Flood warnings and watches were issued for 11 counties in the region, and forecasters said heavy rains would last through Thursday.

The storm could be a boon for drought-plagued California by boosting the snowpack that provides about a third of the state’s water in normal years when it melts in warm, dry months.