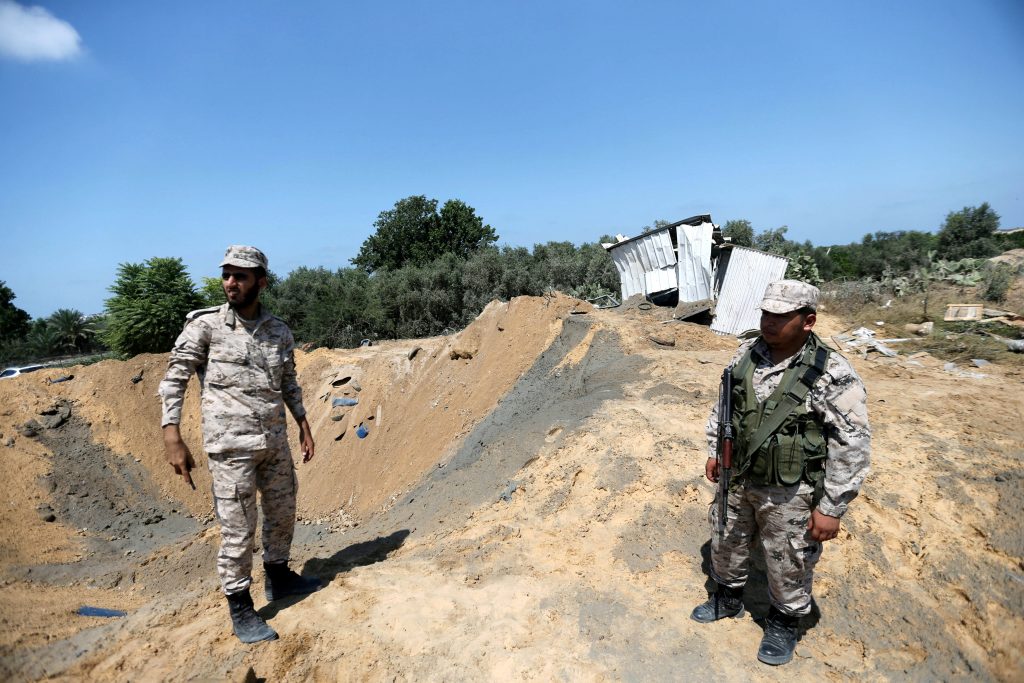 A Gaza Arab employee of the United Nations Development Program was sentenced to seven months in prison Thursday for helping Hamas to build a port in Gaza, considered an illegal act of war by Israel. Wahid Abdallah al Bursh has been in custody since July, and under the plea agreement he made with authorities, his sentence includes time served, which means he is due to be released next week.

Bursh was in charge of operations to clear rubble resulting from Israeli attacks on Gaza terror bases and installations during Operation Protective Edge in 2014. He was supposed to ensure that the rubble was cleared and buried, but after being contacted by Hamas, he sent 300 tons of rubble and construction materials to the group, which planned to use it to build a port.

According to prosecutors, a case like this would generally have prompted them to ask for a harsh punishment, but the fact that Bursh was a U.N. employee figured considerably in their decision to go easy on him and ask for a less severe punishment.

A Shin Bet statement in August said Bursh had provided assistance in the building of a maritime jetty for Gaza’s Islamist group using U.N. resources.

It also said Bursh had persuaded his United Nations Development Program (UNDP) superiors to prioritize the neighborhoods of Hamas operatives when earmarking money for reconstruction in Gaza, which was devastated by a 2014 war with Israel.

The aid organization said in a statement on Wednesday that the court’s decision “confirms that there was no wrongdoing by UNDP.”

“UNDP has zero tolerance for wrongdoing in its programs and is committed to the highest standards of transparency and accountability,” it added.

Shortly before Bursh’s detention, Israel also indicted a senior Palestinian staffer with the U.S.-based charity World Vision on charges of funneling millions of dollars to Hamas in Gaza.

Hamas had denied any links with Bursh and rejected the charges against Halabi.