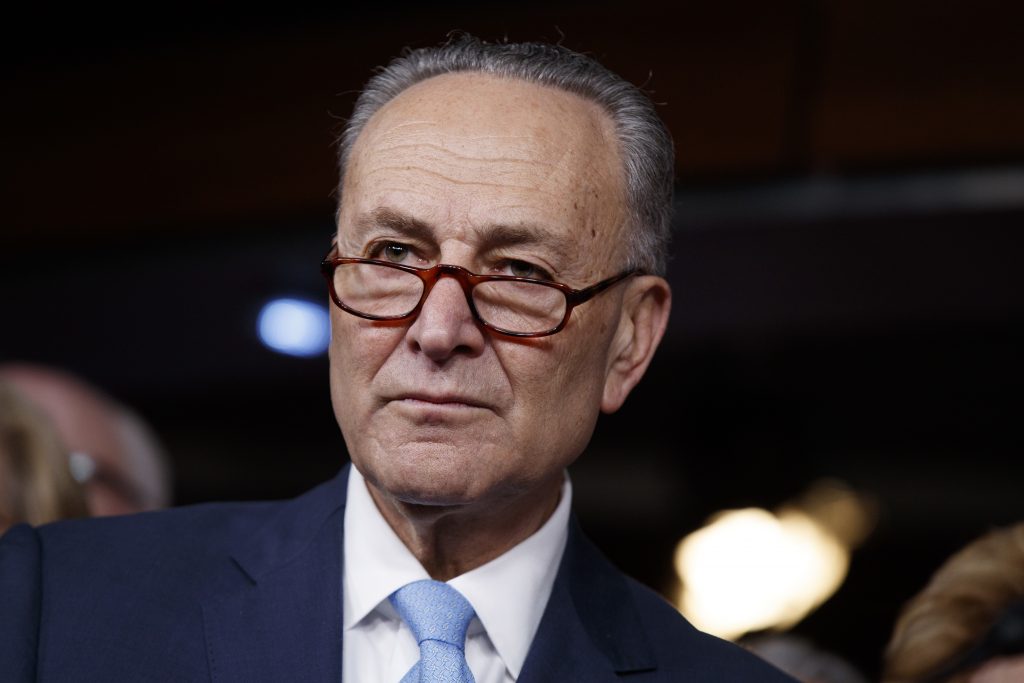 The latest Trump broadside on one of his foes came via the same platform many others have: Twitter. In a series of posts on the social media site around 7 a.m. Eastern, the president-elect again exhibited behavior that breaks with just about every one of his predecessors in recent memory.

The businessman bashed Schumer, who on Wednesday said the onus is on congressional Republicans and the incoming Trump administration to craft an Obamacare-replacement plan, and called for the New York Democrat’s party to negotiate with the GOP.

“The Democrats, lead by head clown Chuck Schumer, know how bad Obamacare is and what a mess they are in. Instead of working to fix it, they…” Trump wrote in the first of three posts, leaving off the last part of an ellipsis.

The second tweet was fired off four minutes later — the president-elect averages a few minutes in between posts during one of his Twitter messages. This one seemed to take umbrage with Democrats’ message on Wednesday, which included an unwillingness to even discuss the size and shape of a plan to replace outgoing President Barack Obama’s signature health law.

In that tweet, Trump hit Democrats for what he sees as doing “the typical political thing, and BLAME.”

After hammering Democrats and engaging in some name-calling, Trump then turned to a call for bipartisan work on an Obamacare replacement bill that would install a health care regime “much less expensive & FAR BETTER” than the current one.

Schumer and members of his party, following a meeting with Obama at the Capitol on Wednesday, stood firm when asked by reporters about the chances for a bipartisan replacement package.

“They are voting for repeal; it is their obligation to come up with replace,” Schumer said. “The insurance market could fall apart long before the repeal goes into place. … Republicans seem determined to create chaos.”

Trump and congressional Republicans are on track to make a repeal measure law during his first 100 days, with some House GOP members saying the plan is to get a measure to the new president’s desk in February. It would leave Obamacare in place until the factions within the Republican Party can agree on a plan to replace it.

Democrats showed some of their cards on Wednesday, warning of “chaos” if 22 million people who bought insurance under the Obama law are simply left without coverage should Republicans repeal it but fail to come up with a replacement plan of their own.

The message from Obama during a closed-door meeting that lasted around 90 minutes was summed up this way by Democratic Rep. Gerry Connolly of Virginia: “Every American who loses health care, make sure they know the Republican repeal bill did it.”