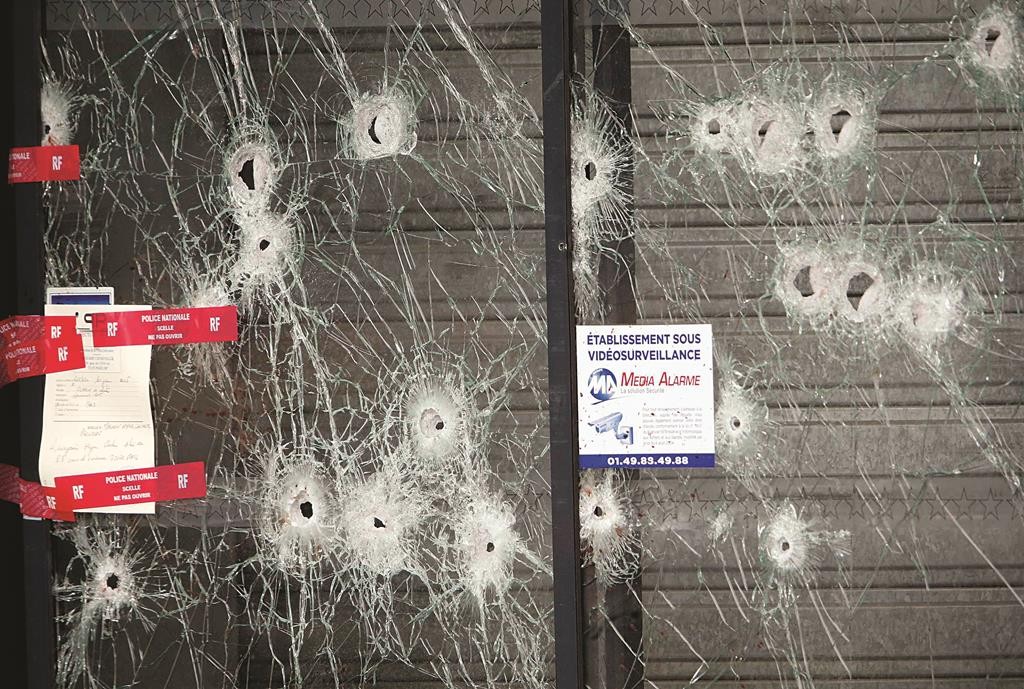 France paid tribute on Thursday to the journalists, police officers and shoppers at a kosher store killed two years ago by Islamist terrorists, the first of a wave of terror attacks that has left more than 230 dead and triggered a state of emergency.

On a cold day in Paris, uniformed police, ministers and the city’s mayor stood in silence outside the old office of the Charlie Hebdo magazine and other sites as floral wreaths were laid to mark the anniversary.

The killing spree shocked the world and preceded further attacks that did little for the declining popularity of President François Hollande and deepened tensions between France’s secular state and its large Muslim minority.

In November 2015 suicide bombers and gunmen struck venues across Paris, killing 130 people. Last year a Tunisian who pledged allegiance to the Islamic State terror group plowed his truck through a crowd in the Mediterranean city of Nice, killing 86 people.

Other chilling attacks included the murder of an elderly Catholic priest in a church, and the fatal stabbing of a policeman.

Thursday’s tributes started at the old premises of the magazine, since abandoned for a secret location. There two brothers armed with assault rifles shot and killed 11 people on Jan. 7, 2015, including most of the notoriously irreverent publication’s cartoonists and writers.

Homage was then paid at the nearby site where a policeman was shot dead at point-blank range by one of the two gunmen.

Charlie Hebdo, at the time a cash-starved publication whose office had been firebombed after it printed cartoons mocking the founder of Islam, has since been buoyed by millions of euros of subscriptions, many of them out of solidarity in countries where it was an almost unknown entity before the attacks.

The two terrorists, brothers Said and Cherif Kouachi, died in a police assault two days later at a printworks north of Paris.

The Charlie Hebdo attack was followed a day later by the killing of a trainee policewoman by Amedy Coulibaly, an Islamic State terrorist. The following day he attacked a Jewish supermarket on the edge of Paris, where he murdered four hostages, Hy”d, before police killed him.

In all, seventeen people were killed in the Charlie Hebdo and Hyper Cacher store attacks.

The wave of attacks has made security a key theme in campaigning ahead of this spring’s presidential election in France, whose population of 66 million is mostly of Christian origin but also includes Europe’s largest Jewish and Muslim communities.

Emergency rule imposed after the November 2015 attacks remains in place. The Islamic State, whose bases in Iraq and Syria are being bombed by French and other military forces, has called for further strikes.