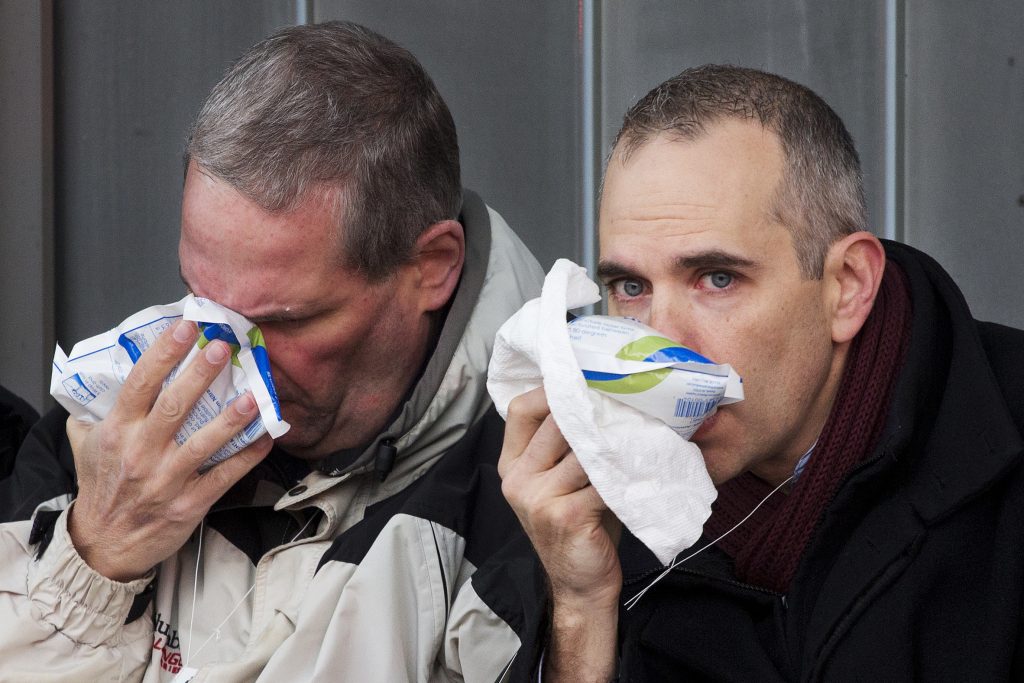 It could take days before it is known why a Long Island Rail Road train crashed at the end of a platform as it pulled into a major transportation hub, injuring 100 people, federal transportation investigators said.

The packed, rush-hour train crashed as it entered Atlantic Terminal in Brooklyn on Wednesday morning, hurling passengers onto the floor and slamming them into each other. Many had been standing as they prepared to get off the train at the last stop.

National Transportation Safety Board investigator Jim Southworth said it will take three to seven days to investigate the accident scene before they determine what caused it.

He said event recorders have been recovered and the train’s engineer has undergone drug testing. The results of that testing aren’t known yet.

The front of the slow-moving train hit a bumping block as it pulled into the terminal, left the tracks and smashed into a small structure, apparently a work area. A rail pierced the floor of a train car, authorities said.

About 100 people were treated for minor injuries after the 8:30 a.m. crash. The most serious injury appeared to be a broken leg, Democratic Mayor Bill de Blasio said.

The terminal is located beneath a shopping mall in downtown Brooklyn, next to the Barclays Center.

A similar accident in nearby Hoboken, New Jersey, in September was much worse. There, a New Jersey Transit commuter train plowed off the end of a track, killing a woman standing in the station. Federal investigators are examining whether a more modern bumper or other barriers could have made a difference.

The train in Wednesday’s wreck originated in the Far Rockaway section of Queens and was carrying around 450 people, officials said.

Metropolitan Transportation Authority Chairman Thomas Prendergast said there is “a signal system that controls [trains] coming in at limited speeds. But when you’re getting to the end it’s the locomotive engineer’s responsibility. And the train’s brakes have to work. All those things have to be looked at in the investigation.”