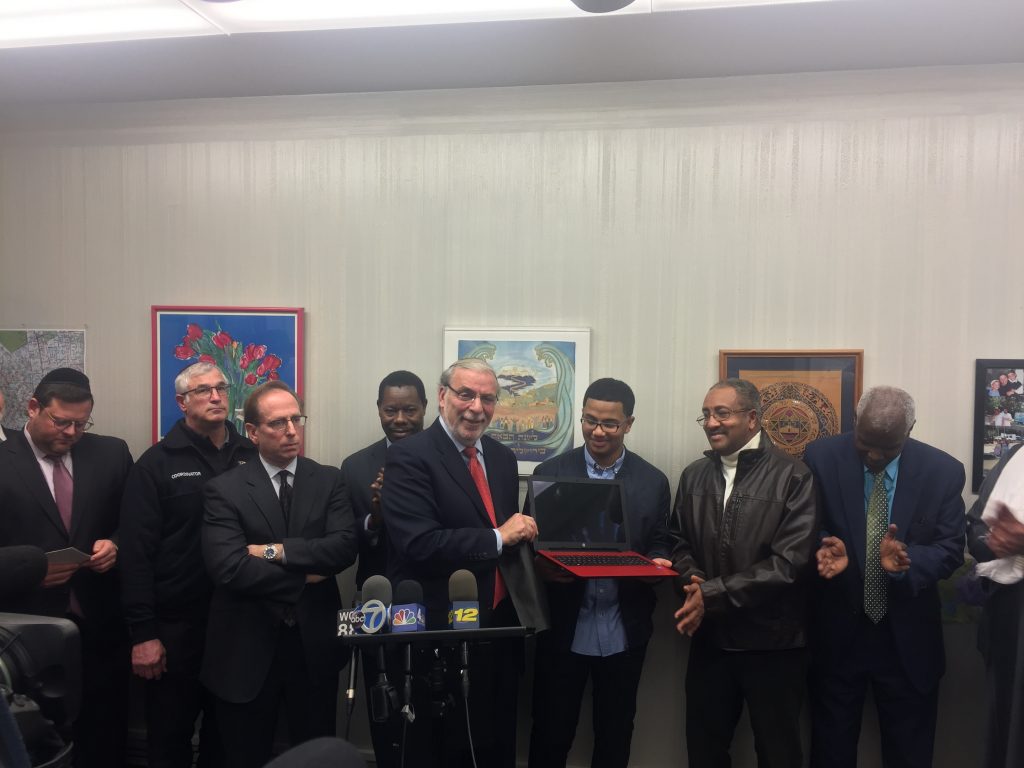 A Muslim high school student who helped capture an assailant who had attacked a Jewish woman on the train was awarded with a citation and laptop Thursday for his efforts.

“In a time of such divisiveness,” said Hikind, a Brooklyn Democrat, “it’s refreshing to see a story like this resonate within our communities. … Through this behavior, Ahmed sets the tone for how we should treat one another regardless of one’s race or religion.”

Khalifa chased down Rayvon Jones, 31, after the latter smacked a Jewish woman and fled the train near the Newkirk Avenue station around 8 p.m. on Dec. 28. Khalifa then flagged down a member of the Shomrim, who aided him in the search for Jones, who was found on board a local bus nearby. Khalifa then called the police to notify them of the bus’s whereabouts, eventually evacuating the bus and apprehending Jones.

The victim suffered lacerations to her lip and bruising, and was taken to Methodist Hospital in stable condition.

“I’m not a hero; I’m just a guy,” Khlaifa said. “I think everyone should be doing this because we are all one people; I would help anyone out no matter who they are, I’m just happy people are learning that this is the right thing to do.”

In addition to the citation, Hikind presented Khalifa with a Hewlett-Packard laptop for when he goes off to college in the fall.