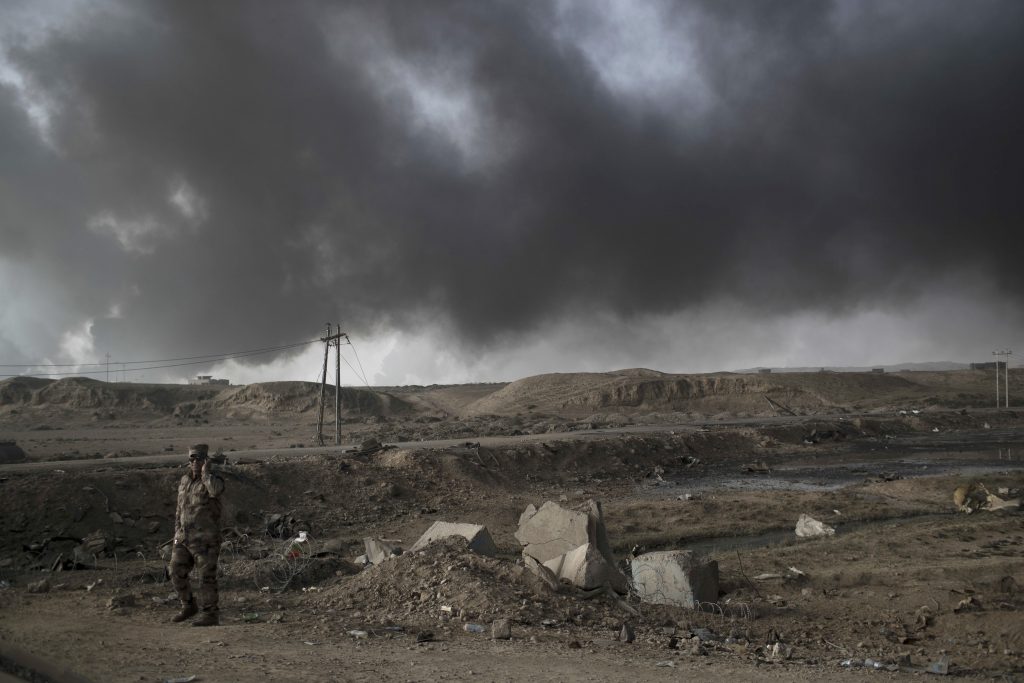 Parliament voted for the Hashid to formally become part of Iraq’s armed forces in November but the session was boycotted by Sunni representatives who worry it will entrench Shiite majority rule as well as Iran’s regional influence.

Iraqi and Western officials have expressed serious concerns about the government’s ability to bring the Shiite militias under greater control.

“International arms suppliers, including the U.S.A., European countries, Russia and Iran, must wake up to the fact that all arms transfers to Iraq carry a real risk of ending up in the hands of militia groups with long histories of human rights violations,” said Amnesty researcher Patrick Wilcken in a statement.

States wishing to sell arms to Iraq should implement strict measures to ensure weapons will not be used by militias to violate human rights, he added.

Amnesty cited nearly 2-½ years of its own field research, including interviews with dozens of former detainees, witnesses, survivors, and relatives of those killed, detained or missing.

Its report focused on four powerful groups, most of which receive backing from Iran: the Badr Organisation, Asaib Ahl al-Haq, Kataib Hezbollah and Saraya al-Salam.

Spokesmen for the Hashid and for the prime minister, to whom the fighters technically report, did not respond to requests for comment.

The Hashid deny having sectarian aims or committing widespread abuses and say they saved the nation by pushing Islamic State back from Baghdad’s borders after the army crumbled in the face of the terrorists’ lightning advance in 2014. The dispute threatens to complicate efforts to pull the country back together.

A major offensive by Iraqi security forces to retake the northern city of Mosul from Islamic State is nearing the end of its third month. Thousands of fighters from various Hashid groups are participating.