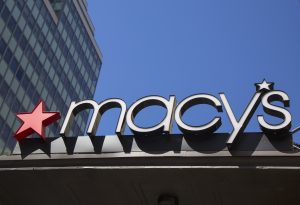 Macy’s says it is eliminating more than 10,000 jobs and plans to move forward with 68 store closures after a disappointing end-of-year shopping season. The department store chain also lowered its full-year earnings forecast.

The retailer said Wednesday that sales at its established stores fell 2.1 percent in November and December compared to the same period last year. Macy’s Inc. pointed to changing consumer behavior and said its performance reflects the challenges that are facing much of the retail industry.

Macy’s is selling or has sold three other locations, but is leasing the properties back and will keep operating those stores.

Some employees may be offered positions at nearby stores, but Macy’s estimates that 3,900 employees will be affected by the closures.

Macy’s also said it plans to restructure parts of its business and sell some properties. This will lead to the reduction of 6,200 jobs. The moves are estimated to save $550 million annually.

Overall, Macy’s said, the job reductions represent about 7 percent of its workforce.

The company, which owns the Macy’s and Bloomingdale’s brands, has been struggling with declining traffic in its stores, where the bulk of its business is still conducted. It said it is closing stores that are “unproductive or are no longer robust shopping destinations” as well as selling those with highly valued real estate.

It plans to invest some of its savings in growing its digital business.

Macy’s said it now expects to earn between $2.95 and $3.10 per share on an adjusted basis for its 2016 fiscal year, versus its prior forecast of $3.15 to $3.40 per share. The company is scheduled to report full results in February.