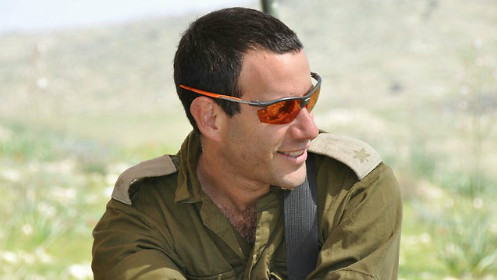 Chagai Ben-Ari, Hy”d, 31, the last IDF soldier still in the hospital with injuries sustained in 2014’s Operation Protective Edge, was niftar overnight Tuesday. The levayah for Ben-Ari, who lived in Moshav Nov, will take place Wednesday afternoon in his hometown.

Ben-Ari was wounded by a sniper’s bullets when he served in Gaza during the 2014 war. He was called up from a break during his service, and found himself in the midst of a battle in which several soldiers and officers were injured.

Speaking to Army Radio, Ben-Ari’s brother Noam said that the family had experienced “a severe loss and a great pain. He was very badly hurt, and had been battling for his life for the past two and a half years. His suffering is finally at an end.”

Overnight Tuesday, security officials said they arrested 25 wanted security suspects in other areas in Yehudah and Shomron. The suspects were wanted for participating in rioting and throwing stones and firebombs that endangered Israeli civilians and IDF soldiers. Several of the suspects were also charged with belonging to Hamas. All were being questioned on their activities by security forces.