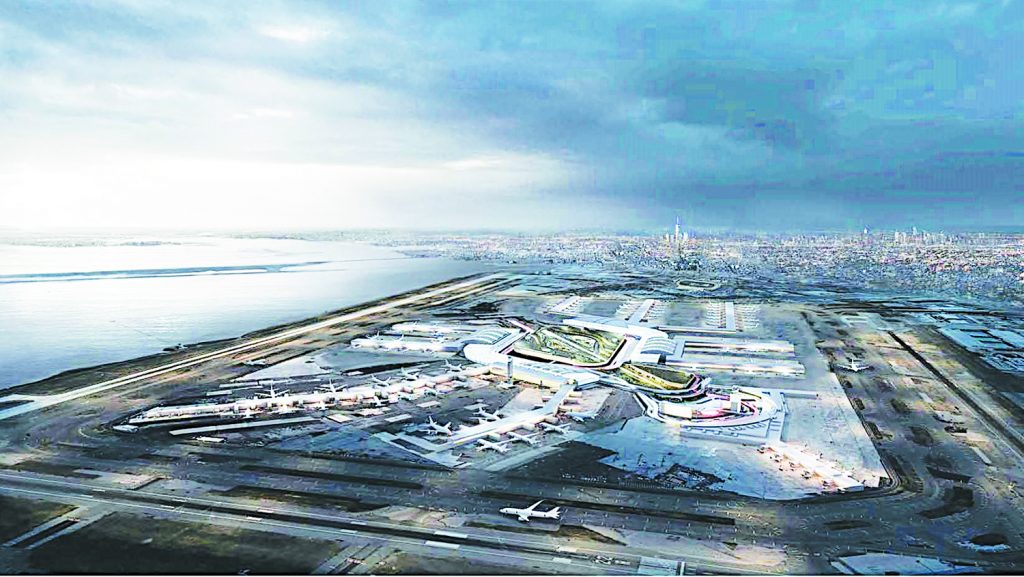 The Democrat told a gathering of the Association for a Better New York that the biggest U.S. city lags far behind modern overseas airports. Sixty million people pass through Kennedy each year. The number is expected to shoot up to 75 million by 2030 and 100 million by 2050.

Under the plan, terminals would be linked to each other and accessible by one ringed roadway.

“The need to take action at JFK is the result of the airport’s history of piecemeal, ad-hoc decision making,” a press release by the governor’s office stated. “This legacy has produced the airport’s current condition with disconnected terminals, an inconsistent passenger experience, facilities that are quickly running out of capacity, on-airport roadways that are confusing to navigate and an airport that is increasingly difficult to access.”

It added that JFK is currently ranked only 59th among the world’s top 100 airports.