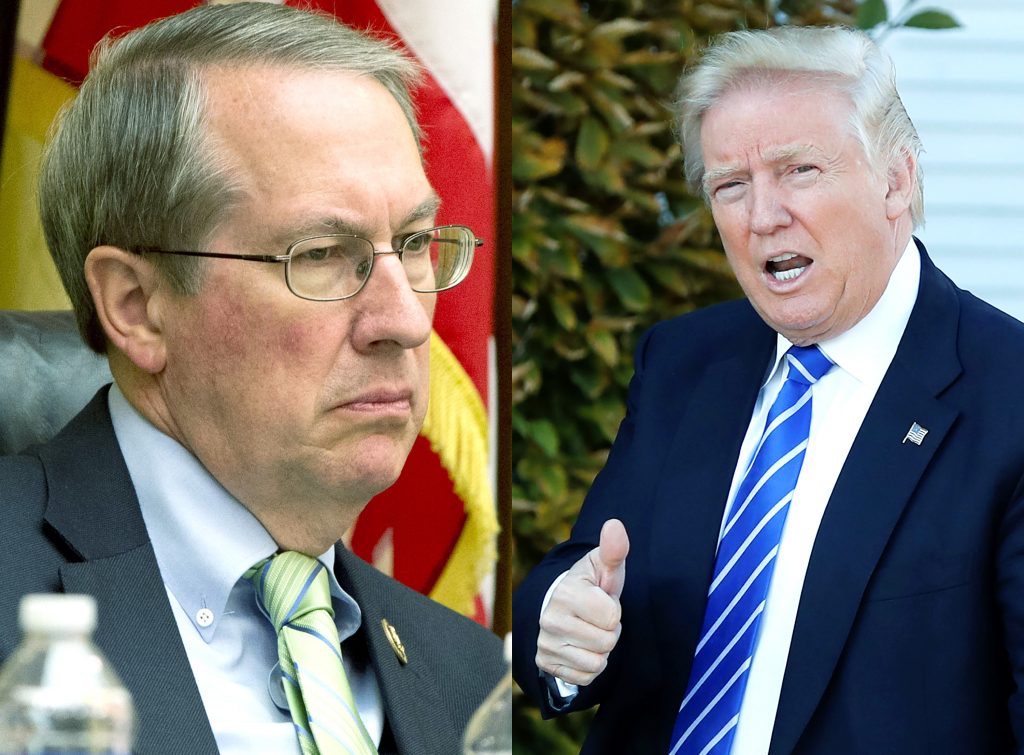 House Republicans reversed themselves Tuesday under pressure from President-elect Donald Trump, and dropped plans to swiftly gut an independent congressional ethics board.

The dizzying about-face came as lawmakers convened for the first day of the 115th Congress, an occasion normally reserved for pomp and ceremony under the Capitol Dome. Instead, House Republicans found themselves under attack not only from Democrats, but from their president-elect, over their secretive move Monday to immediately neuter the independent Office of Congressional Ethics and place it under lawmakers’ control.

GOP leaders scrambled to contain the damage, and within hours of Trump registering his criticism over the timing on Twitter, they called an emergency meeting of House Republicans where lawmakers voted to undo the change.

The episode, coming even before the new Congress had convened and lawmakers were sworn in, was a powerful illustration of the sway Trump may hold over his party in a Washington that will be fully under Republican control for the first time in a decade.

“With all that Congress has to work on, do they really have to make the weakening of the Independent Ethics Watchdog, as unfair as it may be, their number one act and priority?” Trump had asked over Twitter Tuesday morning.

Trump’s comments came after GOP House members voted behind closed doors Monday to give lawmakers themselves ultimate control over the Office of Congressional Ethics, the independent body created in 2008 to investigate allegations of misconduct by lawmakers. The office was created after several bribery and corruption scandals sent members to prison.

The ethics change, which prompted a furious outcry from Democrats and government watchdog groups, is part of a rules package that the full House will vote on Tuesday.

Speaker Paul Ryan, R-Wis., who had argued against the unilateral rules change Monday night, issued a statement on Tuesday down playing the change and insisting that the OCE will operate independently though under the oversight of the member-only House Ethics Committee.

“All members of Congress are required to earn the public’s trust every single day, and this House will hold members accountable to the people,” Ryan said.

Ryan and Majority Leader Kevin McCarthy, R-Calif., had pressed for a bipartisan approach at a later date, but rank-and-file Republicans defied their leadership.

The 119-74 vote reflected the frustration of many lawmakers who have felt unfairly targeted by the OCE, but it was a setback for leadership caught off guard by the swift action.

Under the ethics change pushed by Rep. Bob Goodlatte, R-Va., the non-partisan Office of Congressional Ethics would have fallen under the control of the House Ethics Committee, which is run by lawmakers. It would be known as the Office of Congressional Complaint Review, and the rule change would have required that “any matter that may involve a violation of criminal law must be referred to the Committee on Ethics for potential referral to law enforcement agencies after an affirmative vote by the members,” according to Goodlatte’s office.

Under the change, lawmakers would have the final say on their colleagues.

“Republicans claim they want to ‘drain the swamp,’ but the night before the new Congress gets sworn in, the House GOP has eliminated the only independent ethics oversight of their actions,” the California Democrat said in a statement. “Evidently, ethics are the first casualty of the new Republican Congress.”

In a statement, Goodlatte said that the rules amendment “builds upon and strengthens the existing Office of Congressional Ethics by maintaining its primary area of focus of accepting and reviewing complaints from the public and referring them, if appropriate, to the Committee on Ethics.”

Before Trump’s tweets on the issue, Kellyanne Conway, a top Trump adviser, spoke supportively of the move. She said she had not talked to Trump directly about the issue but that under the previous system, there had been “overzealousness” in going after lawmakers. “We don’t want people wrongly accused,” she said Tuesday on ABC.

But others said that the new system would make it easier for corruption to flourish under Ryan and his leadership team.

“We all know the so-called House Ethics Committee is worthless for anything other than a whitewash — sweeping corruption under the rug,” Chris Carson, president of the League of Women Voters, said. “That’s why the independent Office of Congressional Ethics has been so important. The OCE works to stop corruption, and that’s why Speaker Ryan is cutting its authority. Speaker Ryan is giving a green light to congressional corruption.”

The OCE was created in March 2008 after the cases of former Rep. Randy “Duke” Cunningham, R-Calif., who served more than seven years in prison on bribery and other charges; as well as cases involving former Rep. Bob Ney, R-Ohio, who pleaded guilty to corruption charges, and former Rep. William Jefferson, D-La., convicted on corruption.

The package approved Monday also includes a means for Republican leaders to punish lawmakers if there is a repeat of the Democratic sit-in last summer over gun control.