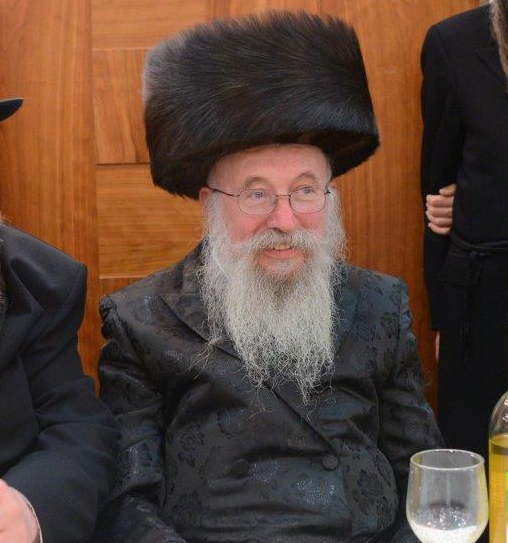 The Torah world was saddened with the petirah early Tuesday of Harav Naftali Hertzka Frenkel, zt”l, leading Dayan on the Badatz Eidah Chareidis, and Rav of the Chug Chasam Sofer community in Yerushalayim. He was 77 at his petirah.

Harav Frenkel was hospitalized shortly after Pesach last year, in the Hadassah Ein Kerem hospital in Yerushalayim, after a serious stroke. Later he was moved to Netanyah’s Laniado hospital, where he was niftar.

The levayah of Harav Frenkel set out from Netanyah to Yerushalayim, where he was buried on Har Hamenuchos.

Harav Naftali Hertzka Frenkel was born in Makov, Hungary, in 5699/1939. His parents were Reb Yehoshua and Hinda Frenkel. When he was seven years old, the family moved to Eretz Yisrael, settling in Yerushalayim.

Reb Naftali learned Dayanus under Hagaon Harav Yaakov Yitzchak Weiss, zt”l, Gaavad of the Eidah Chareidis. He was appointed a Rav and Dayan at the age of just 36.

Being the son-in-law of Harav Goldstein, Reb Naftali succeeded him in the positions of Rosh Kollel Shomrei HaChomos and Rav of the Chug Chasam Sofer community after the petirah of his father-on-law in 5748/1988.

In recent years, Reb Naftali was appointed as one of the members of the Badatz Eidah Chareidis.

He was noted for his expertise in Dayanus, and his halachic responsa, Imrei Binah, are noted in the world of Choshen Mishpat for their clear psakim.